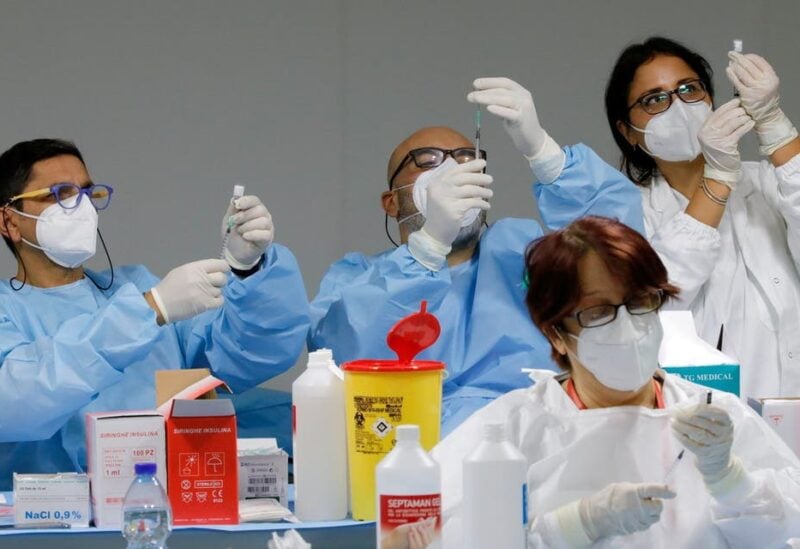 Pfizer’s push for health regulators to authorize a third dose of its COVID-19 shot is not yet backed by evidence, despite the fast-spreading Delta variant, vaccine experts said.

Pfizer and German partner BioNTech SE said last week that they will ask US and European regulators within weeks to authorize a booster dose due to an increased risk of infection after six months.

The companies did not share the data showing that risk, but said it would soon be made public. A meeting with federal health officials to discuss the matter was scheduled for Monday, Pfizer said.

In interviews with Reuters, some leading vaccine experts questioned Pfizer’s rationale and said that more data was needed to justify a booster, especially as many countries struggle to administer the initial vaccine doses needed to protect their citizens.

“It’s disappointing that with such a complicated decision they took such a unilateral approach,” said Dr. Larry Corey, a virologist at Seattle’s Fred Hutchinson Cancer Center who is overseeing U.S.-government backed COVID-19 vaccine trials.

The rise of the Delta variant, first detected in India and now the dominant form of new coronavirus infections in many countries, has raised concerns over whether currently available vaccines offer enough protection. Several experts say a booster shot would be warranted if there is a substantial increase in hospitalizations or deaths among vaccinated people.

“That’s the line for boosters,” said Dr. Paul Offit, director of the Vaccine Education Center at Children’s Hospital of Philadelphia and an advisor on vaccines to the US Food and Drug Administration.

That has not been the case so far in the United States, where the overwhelming majority of severe illness occurs in unvaccinated people, he said.

Shortly after Pfizer’s announcement late on Thursday, US health officials sought to reassure the public that anyone who already received two doses of the drugmaker’s vaccine was protected against severe disease and death, even from the Delta variant.

“Americans who have been fully vaccinated do not need a booster shot at this time,” the FDA and Centers for Disease Control and Prevention said in a statement.

A Pfizer spokesperson declined to comment on the criticism.

Pfizer Chief Executive Albert Bourla and other officials have said for months that they expect a regular booster shot will be needed against COVID-19, a prospect that could help company profits for years to come.

In explaining the decision to seek emergency authorization now, Pfizer cited findings released last week by Israel’s Health Ministry suggesting the vaccine was only 64 percent effective at preventing transmission and mild disease in the face of the Delta variant. The ministry said it remains 93 percent effective at preventing hospitalizations and death.

Pfizer’s chief scientific officer, Mikael Dolsten, told Reuters the Israeli data showed that protection had waned in individuals who got the vaccine in January or February.

Pfizer board member Scott Gottlieb told CNBC that those vaccinated included people who are older and who had experienced asymptomatic or mild COVID.

The Israeli Health Ministry, however, has not published any data showing a specific correlation between infections among vaccinated people and the date the vaccine was administered. On Sunday, the government said it would offer a booster to adults with weak immune systems who are at higher risk for severe COVID.

“I am not aware of valid clinical evidence coming from Israel that establishes a higher risk of breakthrough infection, let alone severe illness, associated with six months or more elapsing from vaccination – not in a methodologically sound analysis suggesting causal association beyond early descriptive hints,” said Ran Balicer of healthcare provider HMO Clalit and chair of the Israeli government’s expert advisory panel on COVID-19.

“I am not saying it could not be the case – but that to date I have not seen such evidence,” he said.

It is not clear at this point what might be causing the drop in efficacy, Corey said. “Is it really due to waning antibody levels, or is it something else?”

The US government is backing two studies of a similar vaccine from Moderna Inc that could shed more light on how the vaccines fare against the Delta variant. Those results are expected in late fall.

Dr. William Schaffner, a vaccine expert at Vanderbilt University Medical Center in Nashville, said he was encouraged by statements from Pfizer that the company’s own preliminary data show a third vaccine dose produces a fresh spike in antibody levels, in case it will be needed.

“But the argument for a booster right now, I don’t find compelling,” he said.