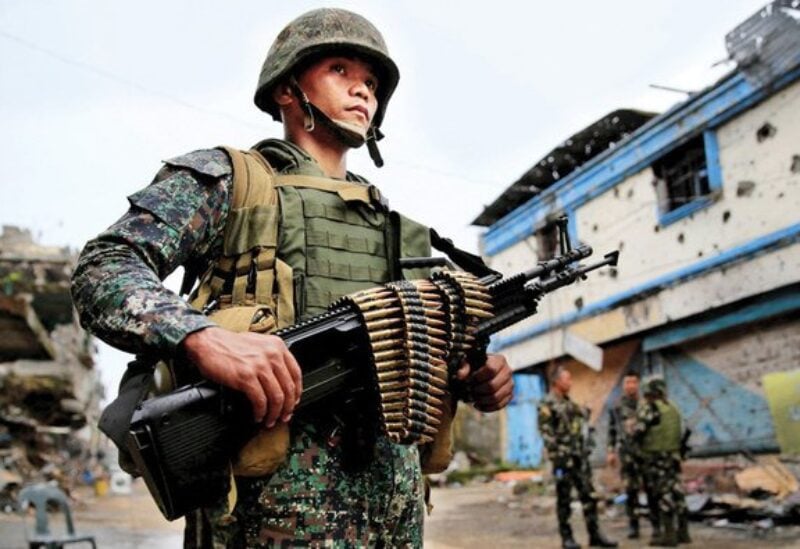 An intensified cleansing operation of police ranks was ordered on Monday, by Philippine National Police (PNP) chief Gen. Guillermo Eleazar, after a civilian personnel member was identified as a key member of the Abu Sayyaf Group (ASG).

According to the PNP chief, Patasar is the brother-in-law of the slain Daesh leader in Southeast Asia, Isnilon Hapilon, and an alleged finance and logistics officer of the ASG, considered the most violent militant group in the southern Philippines.

“Patarasa is an active non-uniformed personnel (NUP) of the PNP presently assigned at the Banguingui municipal police station, Sulu PPO, but was also a finance and logistics liaison officer of Dawlah Islamiyah and ASG and was included in the martial law arrest order no. 1 during the Marawi siege in 2017,” Eleazar said.

“Patarasa was arrested in Barangay Asturias, Jolo, Sulu at 7:00 p.m. on Friday, July 30, during an intelligence-driven police operation … He is the subject of arrest warrants … as an accused in seven separate cases of kidnapping and serious illegal detention,” he added.

Intelligence information on the suspect showed that “in May 2017, Patarasa, together with an unidentified individual linked with the ASG, planned to transact the sending of funds to Abu Sayyaf members fighting in Marawi City through his brother-in-law Isnilon Hapilon.”

Hapilon, also known as Abu Abdullah Al-Filipini, and named on the US’ most wanted list, was killed during the Marawi siege.

At that time, he was reported to be the Daesh emir or commander in the Philippines.

He was also reported to have direct contact with Malaysian terrorist Amin Baco, alias “Abu Jihad,” who was among those touted to have replaced Hapilon as the Daesh leader in the region.

Salvin was arrested in Zamboanga City in April 2019 for the illegal possession of explosives, while Sawari was among four militants killed in a shootout with police in Paranaque City on June 20 last year.

Eleazar said that they were not discounting the possibility that Patarasa may have leaked information to the ASG, resulting in the failure of some police operations in Sulu.

“I am glad that our personnel were able to arrest the subject person; this still forms part of the intensified cleanliness policy that we are implementing. Cleanliness of the ranks should be maintained to regain the trust and confidence of the people in our organization,” Eleazar said.

He also ordered the PNP Internal Affairs Service (IAS) to fast-track dismissal proceedings against the suspect.

Further investigations are also being conducted to determine if other PNP personnel have links to the ASG or are involved in criminal or terroristic activities.

“We would also like to find out how Patarasa managed to enter the PNP despite having a string of cases and warrants of arrest under his name in connection with his being a member of the ASG,” Eleazar said, noting that intelligence information showed the suspect continued to carry out his role in the ASG while employed with the PNP.

Citing Patarasa’s case, Eleazar stressed the importance of cleansing the police ranks at the start or during the recruitment process. “This is one of the reasons why we thoroughly have to screen those who want to join the PNP, whether as a policeman or as a civilian employee.”

Eleazar commended police officers involved in Patarasa’s arrest, saying, “Your action is a reflection of our campaign to keep the organization free from persons with ill motives.”

He also urged all PNP members “to join hands in keeping the police organization respectable and true to its mandate to serve and protect the people.”