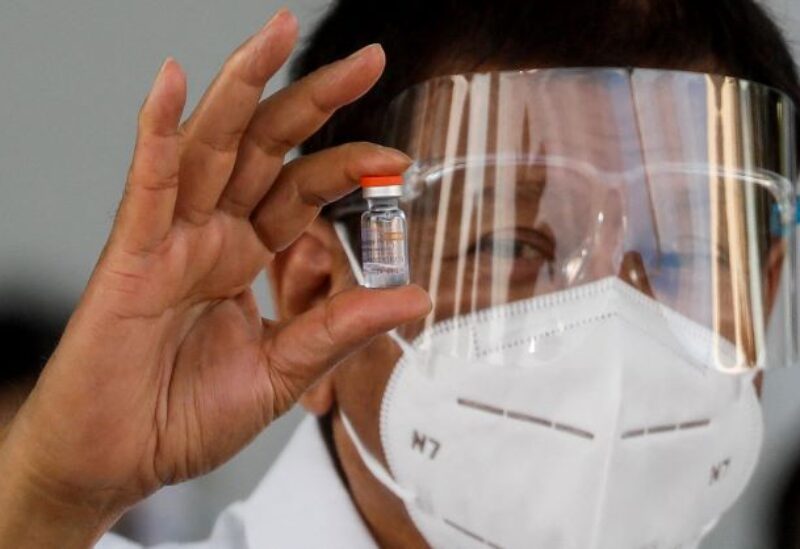 As infections reached a three-month high, Philippines President Rodrigo Duterte declared on Thursday that persons who have not received COVID-19 vaccinations will be arrested if they break stay-at-home orders.

In a televised speech to the country, Duterte said he was ordering community leaders to hunt out unvaccinated persons and confine them to their homes.

“He can be confined if he resists, if he leaves his residence and walks around the neighborhood. The captain now has the authority to arrest obstinate people if he refuses “According to Duterte.

Daily coronavirus infections in the Philippines hit the highest since Sept. 26 at 17,220 cases on Thursday, the health ministry said, including those caused by the Omicron variant of COVID-19.

The tally, which was more than triple recorded on Tuesday brought total cases to over 2.88 million, and deaths to more than 51,700, the second highest COVID-19 infections and casualties in Southeast Asia, next to Indonesia.

“I am responsible for the safety and well being of every Filipino,” Duterte said as he challenged those who disapprove of his directive to file a case against him.

At the end of last year, 49.8 million people had been fully vaccinated, or 45% of the country’s 110 million people. Under existing rules unvaccinated people in the capital region of Manila can only step out of their homes for essential trips.

Duterte is known for his bellicose rhetoric. Last year, he threatened people who refuse to get inoculated with jail or an injection of Ivermectin, an anti-parasite drug widely used to treat animals.

But his latest remarks underscored his government’s growing concerns over the rising number of COVID-19 cases which health experts warn could overwhelm the country’s health systems again.

The Philippines has so far detected 43 domestic and imported cases of Omicron, prompting the government to tighten curbs this week.