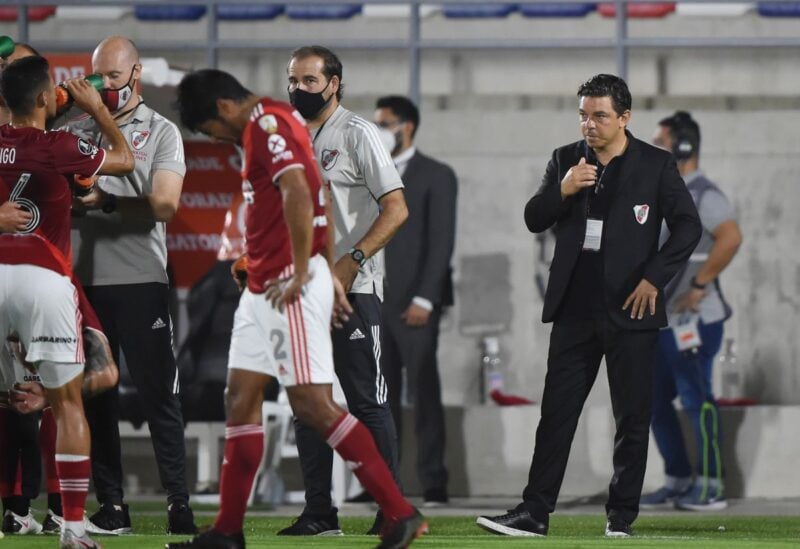 Players and staff from Colombian side Junior and Argentina’s River Plate were left rubbing their eyes in discomfort after police fired tear gas at protesters outside the stadium ahead of their Copa Libertadores match in Barranquilla on Wednesday.

Demonstrations fuelled by outrage at a now-canceled tax plan have grown in Colombia over the last two weeks.

Television pictures earlier showed the River team cutting short their warm-up on the pitch due to similar discomfort at the Romelio Martínez stadium in Barranquilla, the city which will host the Copa America final in July.

Loud bangs and sirens were heard outside the ground.

Another Libertadores game between Atletico Nacional and Nacional of Uruguay in Pereira was delayed by an hour due to protests there.

The South American Football Confederation (CONMEBOL) moved matches from Colombia to Paraguay and Ecuador last week to ensure the protests did not affect games.

However, Wednesday’s incidents were especially worrying for CONMEBOL as the Copa America is due to be held in Colombia and Argentina next month.

Colombia will host 15 games including the final of the world’s oldest international tournament. The title match is due to be held in Barranquilla on July 10.