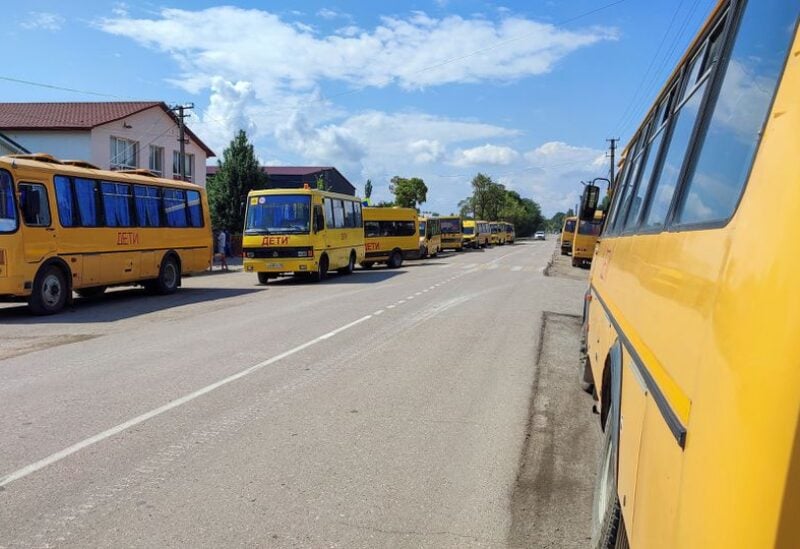 Buses for emergency evacuation are parked on the roadside in Azovskoye settlement following an explosion at a Russian military warehouse in the Dzhankoi district, Crimea

Plumes of black smoke were visible on Tuesday near the hamlet of Gvardeyskoye in the center of Russian-controlled Crimea, according to Russia’s Kommersant newspaper.

Earlier on Tuesday, Russia’s Defense Ministry blamed a series of explosions near Dzhankoi in northern Crimea on “sabotage,” according to state-owned news agency RIA.

Ukraine has neither acknowledged nor denied involvement in the latest round of explosions in Crimea, which Russia annexed in 2014.