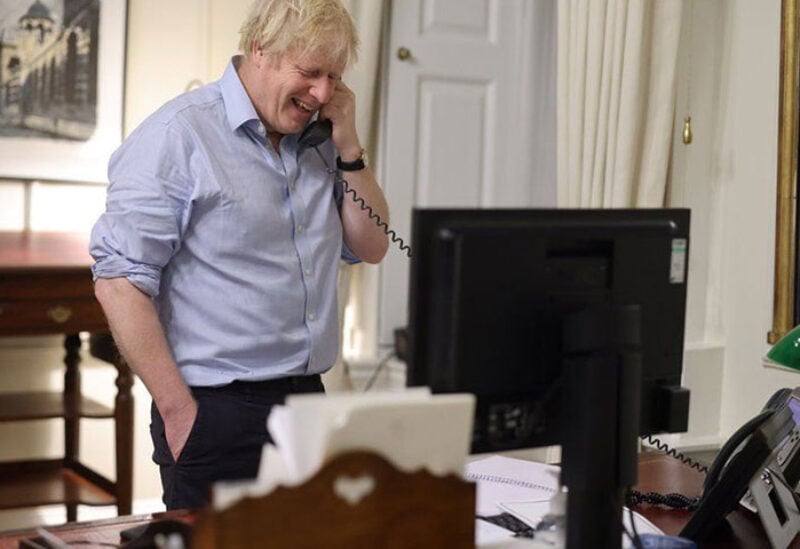 Boris Johnson is expected to speak to his EU counterparts this week as a row over Covid vaccine supplies continues.

EU leaders will hold a virtual meeting on Thursday to discuss a ban on Oxford-AstraZeneca vaccine exports to the UK – but the PM aims to put the UK’s case in one-on-one phone calls before that.

The European Commission president says the EU can “forbid” vaccines made on the continent being sent to the UK.

Johnson said “we are all facing the same pandemic, we all have the same problems”, as he reiterated that if cases rose on the continent, it could have a knock-on effect in the UK.

Helen Whately, health and social care minister, urged the EU to stand by this commitment and warned against “vaccine nationalism and protectionism”.

European Commission spokesperson Eric Mamer insisted that Brussels was not seeking to ban vaccine exports, but wanted pharmaceutical firms to meet their contractual obligations to the bloc.

Mamer said: “In that context, the president has said that of course we see that, actually, companies that manufacture doses in the EU have been exporting very widely – which is in itself a good thing – but that we want to see reciprocity and proportionality in these exports.”

The latest flashpoint appears to be over doses made in a Dutch factory.

Meanwhile, the long awaited results of the US trial of the Oxford-AstraZeneca vaccine, which involved more than 32,000 volunteers, showed that the jab was safe and highly effective.

Several European leaders paused rollout of the vaccine amid concerns about a possible link with blood clots. UK and EU regulators said there was no evidence the vaccine caused blood clots.

European leaders have faced criticism for the slow pace of the vaccine rollout on the continent.

Less than 12 percent of the EU’s population is reported to have received thevaccine, compared with nearly 40 percent in the UK.

The EU has encountered production problems with the Pfizer-BioNTech, Moderna and Oxford-AstraZeneca vaccines.

British-Swedish manufacturer AstraZeneca said the fact that EU contracts were signed later than with the UK caused problems with supplying their vaccine.

Downing Street has previously said that it does not believe that vaccine supply issues will affect the current road map for easing lockdown restrictions.