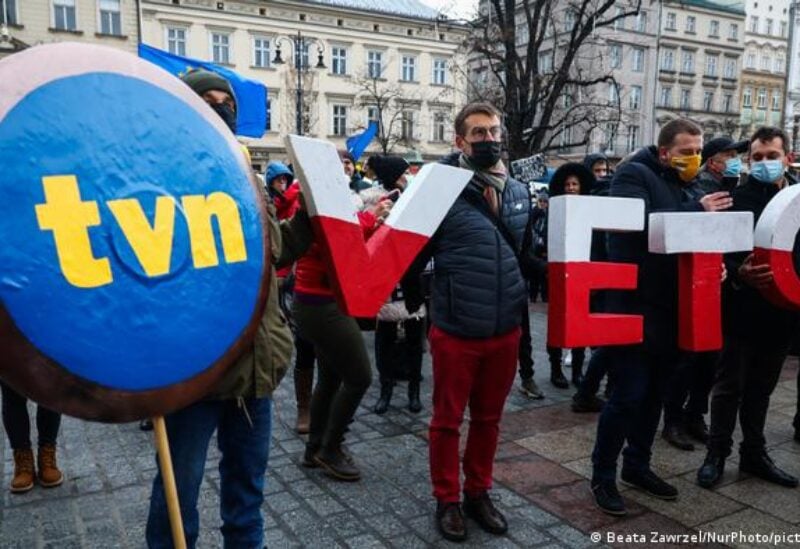 On Monday, Polish President Andrzej Duda rejected a contentious media bill, accusing the right-wing populist administration of attempting to shut the independent news station TVN24, which is owned by the American Discovery Channel.

“I’m vetoing it,” Duda stated in a television commercial on Monday, in response to harsh criticism from the US and Europe.

The text, which was pushed through the Polish parliament on December 17 by the populist PiS (Law and Justice) party, was designed to prevent companies from outside the European Economic Area (EEA, which includes the EU’s 27 member states, Iceland, Liechtenstein, and Norway) from owning a majority stake in Polish media companies.

This was done to compel Discovery, an American media conglomerate, to sell its investment in TVN, one of Poland’s major private television networks. His 24-hour news program, TVN24, is often regarded as critical of the ruling conservatives.

For its part, the administration stated that the measure is intended to defend the Polish media landscape from potentially unfriendly entities such as Russia.

Mr. Duda stated that he was committed to this idea, but that the measure should not jeopardize current investments or violate international agreements.

“The people I spoke to are concerned about this situation. They have different arguments. They spoke of peace and quiet … We don’t need a new conflict, a new problem. We have already a lot of problems, “said the president.

The Polish president has the backing of the ruling PiS party, but has had some differences with its leaders in the past.

In 2017 he stirred up a storm by vetoing two judicial reforms which he said gave too much power to the Attorney General, who is also the Minister of Justice.

The American charge d’affaires in Warsaw, Bix Aliu, had asked the Polish president to block the law on the media, stressing that Washington was “extremely disappointed” by the adoption of this text.

A spokesperson for the European Commission underlined that this law presented “serious risks for the freedom and pluralism of the media in Poland”.

Thousands of people demonstrated on December 19, waving EU flags and chanting “Free Media!” and “We want a veto!”.

The PiS already controls public television TVP, which has become a major asset of the populist government, and most of the regional press.

Since the PiS came to power in 2015, Poland has fallen 46 places in the ranking of the NGO Reporters Without Borders, to 64 position.

Poland and the EU have been engaged in a standoff for several years over the judicial reforms launched by the PiS since 2015.

Brussels last week launched infringement proceedings against Warsaw following rulings by the Polish Constitutional Court challenging the rule of EU law and the authority of the EU Court of Justice.