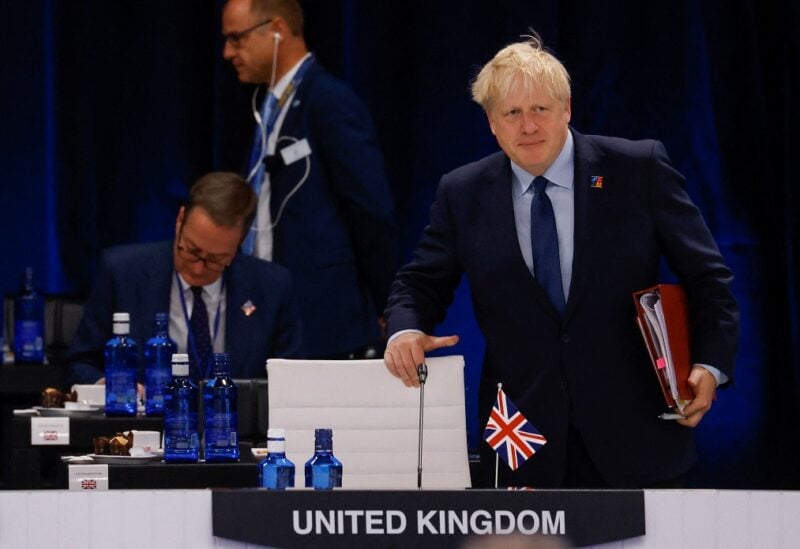 British Prime Minister Boris Johnson attends the round table of the first meeting of a NATO summit in Madrid, Spain June 29, 2022. REUTERS/Yves Herman

In a letter he sent to Johnson, Children’s Minister Quince Will said he had “no choice but to tender my resignation as minister for children and families as I accepted and repeated those assurances in good faith.”

Will said he has resigned because he used false information given by No 10 during media interviews, in which he defended Johnson over the appointment of MP Chris Pincher as chief whip of the party.

Junior Transport Minister Laura Trott also resigned this morning, saying she was leaving the government over a loss of “trust.”

Schools Minister Robin Walker also quit. “I have today offered my resignation from the Government & look forward to supporting @conservatives & campaigning for #Worcester from the backbenches, it has been a privilege to work to support our brilliant schools,” he said in a tweet.

In his letter of resignation, he said “recent events made it clear to me that our great party, for which I have campaigned all my adult life, has become distracted from its core missions by a relentless focus on questions over leadership.”

Johnson has appointed Nadhim Zahawi as the new chancellor and Steven Barkley as the new health secretary.

With the latest resignations, the recent pressure over Johnson has multiplied as many of his backbenchers and opposition parties are asking for his resignation immediately.

Johnson survived a vote of confidence a month ago, and new challenge against his leadership cannot be triggered for a year as per party rules.

He is expected to see more calls for his resignation as prime minister during a session of questions at the House of Commons later on Wednesday.