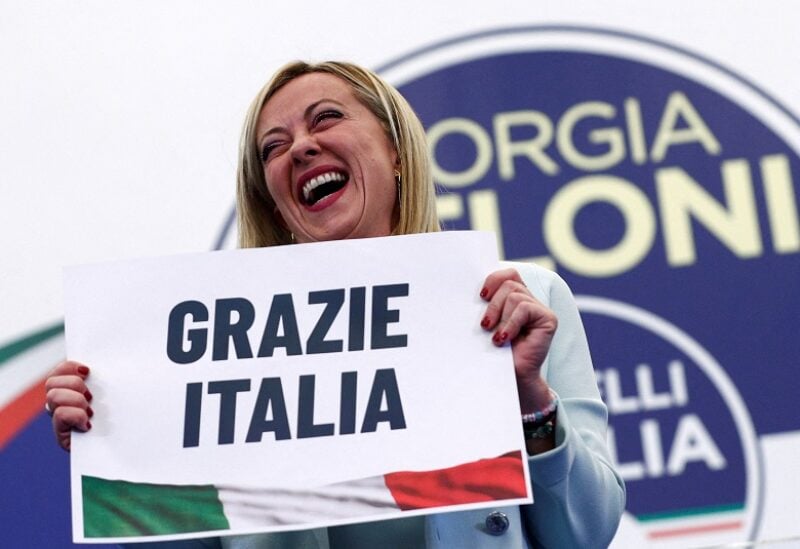 Giorgia Meloni is likely to become Italy’s first female prime minister, presiding over the country’s most right-wing government since World War II, after leading a conservative alliance to victory in Sunday’s election.

The following are some of the early foreign reactions as captured on social media.

“The Italian people have chosen to take control of their future by choosing a patriotic and sovereignist government.”

Congratulations to Giorgia Meloni and (League leader) Matteo Salvini for having resisted the threats of an anti-democratic and arrogant European Union by winning this great victory.”

“Congratulations to Giorgia Meloni, Matteo Salvini and (Forza Italia leader) Silvio Berlusconi on the elections today! In these difficult times, we need more than ever friends who share a common vision and approach to Europe’s challenges.”

“Giorgia Meloni has shown the way for a proud, free Europe of sovereign nations to be able to cooperate for the security and prosperity of all.”