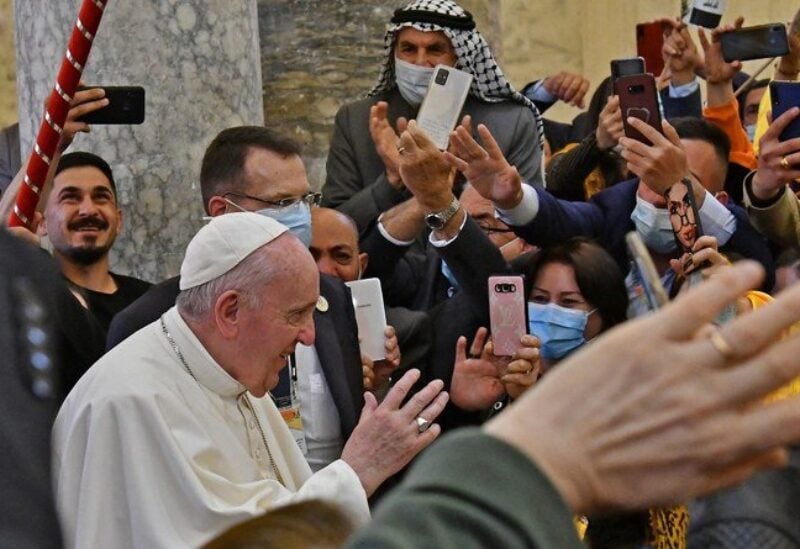 Pope Francis expressed his sorrow over the loss of lives in Tuesday’s bomb attack on a busy Baghdad market, saying: “I am deeply saddened”

The blast, which took place in Al-Wuhailat market as families prepared for Eid Al-Adha, left more than 30 people dead and dozens injured in the deadliest bombing in the Iraqi capital for six months.

In a message to the Apostolic Nuncio to Iraq, Archbishop Mitja Leskovar, the pope said: “No act of violence will diminish the efforts of those who strive to promote reconciliation and peace.”

The head of the Roman Catholic church, who visited Iraq earlier this year, also passed on his condolences to the families and friends of those killed in the explosion.

Head of the Chaldean Catholic Church, Cardinal Louis Raphael I Sako, who accompanied the pope on his 4-day March trip, told Vatican Radio: “It was truly a massacre, on the eve of the Muslim feast. It is a tragic thing, but unfortunately it is not the first time.

“There is no security or stability in Iraq, this attack is just the latest example. It is a moral problem: Corruption and the killing of innocent people are immoral acts.”

Sako, currently in Erbil, the capital of Iraqi Kurdistan, for the spiritual retreat of the Chaldean clergy, asked to pray for Muslims celebrating Eid, for peace and stability in Iraq, and for the Church.

On the pope’s visit to Iraq, the cardinal said: “He has changed people’s mentality in Iraq. Now there is respect for diversity, we no longer speak of Christians and Muslims, but of Iraqis, as brothers and sisters.” He also expressed hope for “a political class (in Iraq) at the service of the common good.”

Fr. Giuseppe Ciutti, an Italian priest who served in a refugee camp in Qaraqosh, northern Iraq, told Arab News: “We were hoping that the situation could have improved, but facts like the attack at Al-Wuhailat market in Baghdad unfortunately show that there is still a lot to do to be able to say that things have got better.

“However, we are men of hope. Pope Francis told us that we have to keep on the good work and to do our bit so that Iraq can finally find peace,” he added.

Ciutti noted that while in the Iraqi city of Mosul the pope had prayed for all the victims of the ongoing violence in Iraq, saying the country’s diverse religious and cultural fabric “was weakened by the loss of any of its members, however small.”

“We are all pieces of a mosaic in Iraq. And every piece is utterly precious. If we all live together in peace, we can make a fantastic job. This is why, as the pope says, violence must not stop our good work,” Ciutti said.