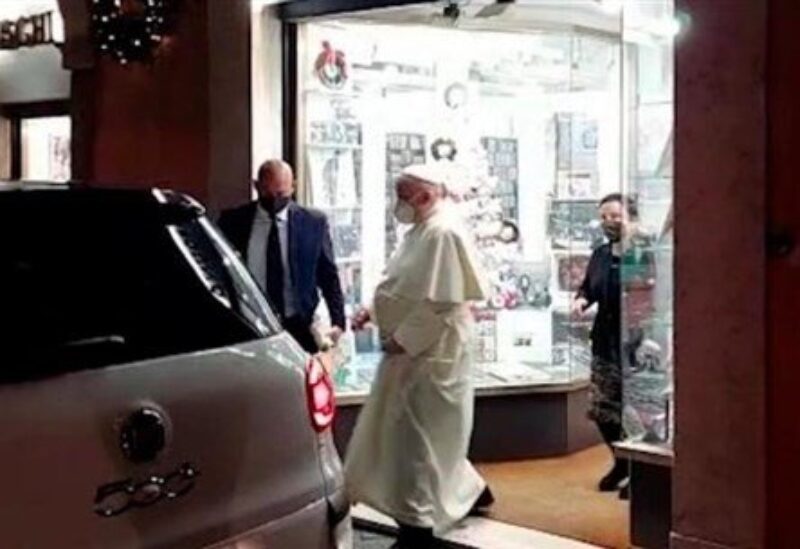 Pope Francis, a lover of classical music, slipped out of the Vatican on Tuesday evening to visit old friends who run a Rome record shop and came away with a gift of a CD.

The visit was to have remained private but Javier Martinez-Brocal, a reporter for the Rome Reports television news agency, was in the area by chance, filmed it with his smart phone, and posted it on Twitter.

Francis stayed inside the StereoSound record shop near the ancient Pantheon for little more than 10 minutes. A Vatican spokesman said Francis had gone there to bless the shop because it had been recently renovated.

Martinez-Brocal told Reuters the shop’s owners told him that they had become friends with the pope years ago when he was Cardinal Jorge Mario Bergoglio, archbishop of Buenos Aires.

He would visit their shop to buy classical music records and CDs when he was in Rome on Church business and stayed at a nearby residence for visiting clerics.

They said they gave the pope a CD of classical music but declined to be more specific. Francis is known to like Beethoven, Mozart and Bach — and even tango music from his native Argentina.

The video showed the pope, who shuns bulletproof cars leaving the shop and getting into a simple white Fiat 500 with Vatican number plates.

It was not the first time the pope has visited a Rome shop. In 2015, two years after his election, he ordered a new pair of eyeglasses from a Rome optician.

They were to have been delivered to the Vatican but he decided to go pick them up himself.