Pope shocked by killing of Jesuit priests in Mexico 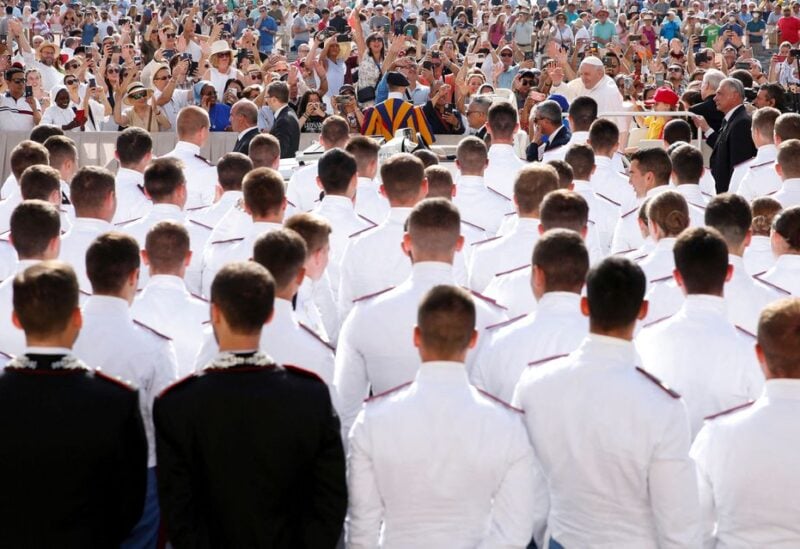 Pope Francis greets people as he arrives for the weekly general audience at the Vatican June 22, 2022. REUTERS/Remo Casilli

The killing of two Jesuit priests and a layperson in Mexico was condemned by Pope Francis on Wednesday, who noted that it was a shocking reminder of the extent of violence in the nation.

Francis concluded his public audience in front of tens of thousands of Catholics in St. Peter’s Square by lamenting the “too many killings in Mexico.”

The state prosecutor’s office in Chihuahua, along the U.S. border, said three people were killed in the town of Cerocahui after a man took refuge in a church to protect himself from an attack.

Two of them were Jesuit priests, the same religious order to which the pope belongs.

“I also express my pain and shock over the killing in Mexico the day before yesterday of two religious brothers of mine, Jesuits, and one lay person,” Francis said.

“I am close in prayer and affection to the Catholic community hit by this tragedy. Once more I repeat that violence does not resolve problems but increases episodes of suffering,” he said.

The bodies of the three were taken away by a group of men in the back of a pickup truck, Luis Gerardo Moro, head of the Jesuits in Mexico, said in a radio interview.

The two priests worked at the church in the small town in the Sierra Tarahumara mountain chain, home to the Raramuri indigenous group and the site of increasing cartel violence.