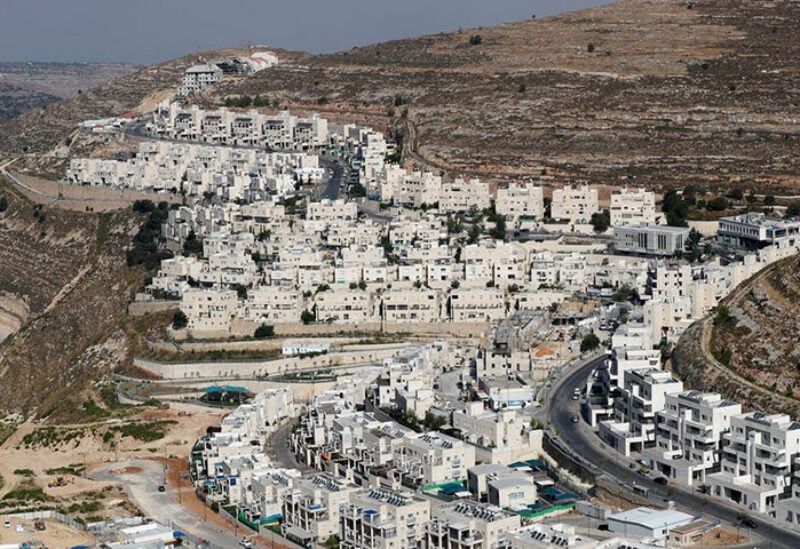 A planned Jewish settler march, was stopped by Protests from Palestinians in several villages north of Nablus, after the settlers demanded the return of land in the area as revenge for the killing of one of their own near Ramallah.
The demonstrations took place in the villages of Burqa, Sabastia, Silt Al-Thahriah and Bazaria. The Israel Defense Force responded with a mix of live bullets, rubber-covered metal bullets, and tear gas, with the Palestinian Red Crescent reporting a total of 247 injuries, at least nine of them from live bullets. One Palestinian remains in a critical condition.
The main protests took place in the village of Burqa, but people from other villages said that they too suffered attacks by Jewish settlers.
Ghassan Douglas, a Palestinian from Burqa, told Arab News: “People from the …villages adhered to a call by Fatah for a show of popular opposition to the settler activities.”
Douglas, who is also the deputy head of the national committee against settlers in the north, told Arab News that the 30,000 Palestinians living in the area would not accept settlers on their land.
Mahmoud Alloul, the Fatah deputy head, said that Palestinians would resist settler attacks, adding that the Shabiba youth movement would also help oppose settler vigilantism.
Muhamad Hamdan, the secretary of Fatah in the Nablus area, told the Maan News network that “Burqa is marching in the same direction as had happened in Beita in the popular protest against settlements and the occupation.”
Various media outlets reported numerous incidents of violence, including shots fired at the Israeli Hawara checkpoint, where no injuries were reported, and shots also fired at IDF soldiers near Burqa itself.
A Molotov cocktail was launched at an Israeli checkpoint near the settlement of Dotan, and another near Beit Eil settlement, whilst a settler vehicle was stoned near the Palestinian village of Hizma. A settler also reportedly shot at journalists near the Sabastia crossing northwest of Nablus, while Mohammed Azzam, mayor of Sabastia, said that the entrance of the town of Naqura near the Jewish settlement of Shave Shamron had been blocked off.
Nabil Abu Rdeneh, the Palestinian presidential spokesman, said: “The Palestinian people will remain steadfast, insisting on their legitimate rights and rejection of the illegal settlements.”
He added that the upcoming March meeting of the Palestine Central Council would produce a strong Palestinian position to all Israeli violations.
Despite relative calm on Sunday after the cancelation of the settler march, on Sunday morning Israeli officials blocked the main Nablus-Jenin highway.
Meanwhile, Israeli media reported on Sunday that a number of actions to ease the situation in Gaza will be carried out, with the independent daily Haaretz saying Tel Aviv would relax a series of restrictions “to alleviate some of the territory’s economic woes and prompt the population to pressure the Hamas terror group to keep the peace.”
Among the measures being considered are increasing the number of work permits for Gazans in Israel, and allowing some dual-use materials to enter in coordination with the UN.