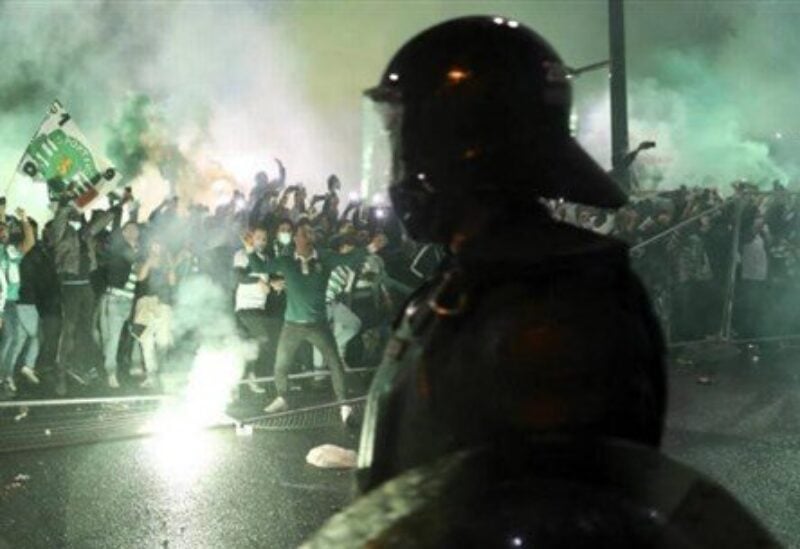 Portugal’s government said on Wednesday it was investigating how a mass gathering of thousands of Sporting fans celebrating their club being crowned Portuguese champions got out of hand.

On Tuesday evening, thousands of elated soccer fans spread across Lisbon, including in the city’s main square, Marques do Pombal, to celebrate their club winning the title for first time in nearly two decades.

Many of the supporters ditched face masks and maintaining social-distancing became close to impossible as more people showed up. Other became aggressive, breaking down metal barriers and throwing glass bottles and smoke bombs towards police and journalists.

Lawmakers have criticised the government, led by Prime Minister Antonio Costa, and health authorities for not putting together an adequate plan to reduce the risk of contagion during the celebrations.

“I will not point the finger at anyone, neither at Sporting, nor at the club’s supporters or the police,” Costa told parliament on Wednesday. “I will do what any responsible politician must do, which is to wait for information to find out who is responsible.”

The interior ministry has requested clarifications from the police, the health authority and Lisbon’s local government. It has also asked its general inspection unit to investigate how the police handled the situation.

Portugal, which has suffered 840,493 cases and 16,998 deaths, imposed a nationwide lockdown in mid-January to tackle what was then the world’s worst coronavirus surge. Infections have dropped sharply since then and rules have been lifted.

“It was a night that went well for those who were happy and not so well in terms of public health,” said the country’s President Marcelo Rebelo de Sousa, adding that authorities failed to implement the necessary measures.