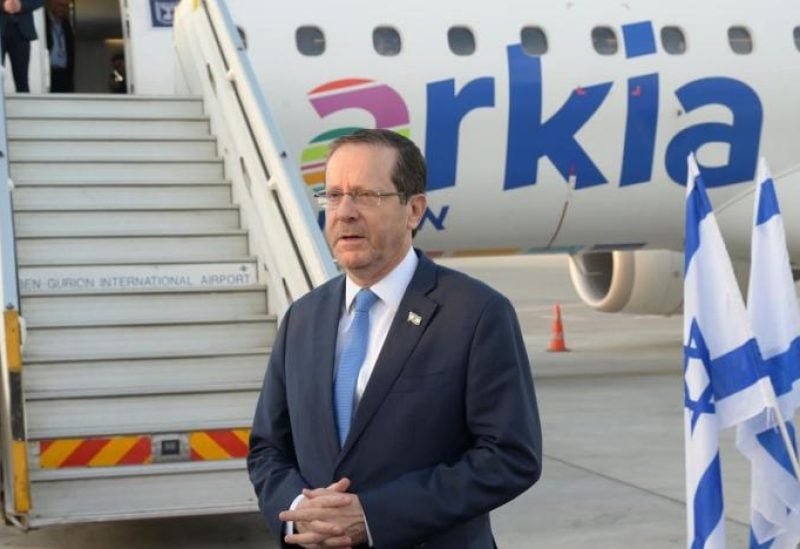 Israeli President Isaac Herzog arrived Sunday in Bahrain, the first visit by an Israeli head of state to the kingdom since the two countries normalized relations in 2020.

Herzog, whose role is largely ceremonial, was greeted at the airport by Bahraini Foreign Minister Abdullatif al-Zayani, according to pictures posted to his Twitter account.

He said on Twitter he planned to meet King Hamad bin Isa Al-Khalifa, as well as Sheikh Salman bin Hamad al-Khalifa, who is crown prince and prime minister.

Accompanied by an economic delegation, Herzog said he would discuss “ways to strengthen our economic cooperation” along with climate change and security issues.

In 2020, the UAE, Bahrain and Morocco became the first Arab states in decades to normalize relations with Israel, following negotiations spearheaded by the administration of former US president Donald Trump.

“The expanding circle of (Middle East) peace is highly important, especially amid threats to global and regional stability,” Herzog tweeted on Sunday.