Princess Catherine, the commoner who is key to British monarchy 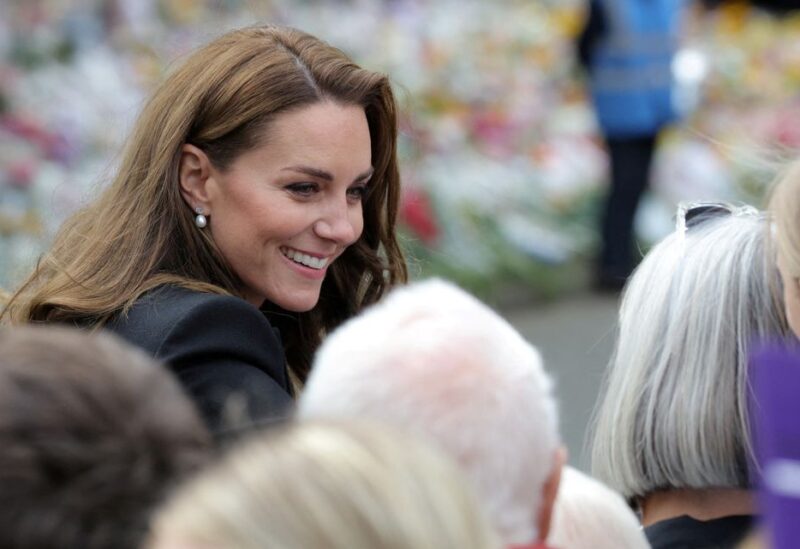 Kate Middleton, the wife of Prince William, the new heir to the throne, has evolved from a commoner who enchanted the future monarch to the beating heart of the British royal family as it prepares for a future without the adored queen at its helm.

the Princess of Wales, a title last held by William’s late mother Diana, whose celebrity power and charitable work eclipsed the royals around her. Born Catherine Middleton, the eldest of three children of middle-class, self-made entrepreneurs, is now the Princess of Wales.

Kate, by contrast, has kept a lower profile, fulfilling an increasingly busy diary of royal engagements quietly and without controversy while also earning a reputation as global fashion icon who regularly graces the front pages of glossy magazines.

Comparisons with Diana, whose oval sapphire and diamond engagement ring Kate now wears, will be inevitable, but commentators, aides and William himself say she will not try to emulate her famous predecessor.

William addressed the comparisons when they got engaged in 2010.

“No one is trying to fill my mother’s shoes,” he said. “It’s about making your own future, your own destiny, and Kate will do a very good job of that.”

Her combination of glamour and hard graft has contributed to the popularity of the 40-year-old, who, along with William, is now regarded by Britons as the modern face of the 1,000-year-old institution that thrived for decades under the late queen.

Although King Charles, her father-in-law, has enjoyed a recent surge in the ratings since his mother’s death, he has not always enjoyed widespread support, raising questions about how the royals will fare from now on.

As well as being the wife of the future king, Kate is also the mother of another, her eldest son Prince George, and his two siblings, Princess Charlotte and Prince Louis.

Once reportedly mocked by some in royal circles for her middle class upbringing, that background is now seen by some as an asset, allowing Kate to relate more easily to the public.

She herself has admitted that joining the Windsors was daunting, but her introduction to royal life was gradual.

The couple initially enjoyed a low-profile life on the Isle of Anglesey in north Wales where William was working as a Royal Air Force search-and-rescue helicopter pilot.

Kate was often seen pushing a shopping cart in a local supermarket. “We are left alone, it’s good,” William said.

Some who have worked with William and Kate have praised her down-to-earth approach to her royal roles.

“She has that almost old-fashioned, Queen Mother attitude to drama — she just doesn’t do it,” Jamie Lowther-Pinkerton, a friend of the couple and their former principal private secretary, told the Sunday Times.

In contrast, William’s younger brother Harry and wife Meghan have stirred controversy by splitting from the royal family and, in a 2021 interview with Oprah Winfrey, accusing the royal family of raising concerns about how dark their son’s skin might be and pushing her to the brink of suicide.

Kate was born on Jan. 9, 1982, in Berkshire, to the west of London. Her father Michael worked as a pilot and her mother Carole as an airline flight attendant before they set up a mail order business selling party supplies.

When she was aged two, she lived with her family in Amman in Jordan for a couple of years before they returned to Britain, growing up in the small village of Bucklebury.

She went to Marlborough College, an exclusive private school in western England, where she played a lot of sport.

“I had a very happy childhood,” she said. “It was great fun — I’m very lucky, I’ve come from a very strong family — my parents were hugely dedicated to us.”

In 2001, Kate began studying History of Art at St Andrews University on the east coast of Scotland, and it was there that she met William.

She once famously posed in a see-through dress on the catwalk at a charity fashion show where William had a front row seat. The couple later shared a house with friends and began dating.

“We were friends for over a year first and it just sort of blossomed from them on. We just spent more time with each other, had a good giggle, had lots of fun and realized we shared the same interests and just had a really good time,” William said.

Their relationship was not always plain sailing, and they briefly split in 2007.

“At the time I wasn’t very happy about it, but actually it made me a stronger person,” Kate said.

Not long after their reconciliation, papers began to label her “Waity Katie”, a name she reportedly disliked as it suggested she was waiting for the prince to ask for her hand in marriage.

“I didn’t realize it was a race,” William said when they announced their engagement.

They wed in a ceremony of royal pomp and pageantry in April 2011, watched by hundreds of millions of people worldwide. On their wedding day, the queen gave the newlyweds the titles of Duke and Duchess of Cambridge.

While comparisons with Diana abound, commentators say Kate does things her own way. Ironically, if she looks for a role model now, it may be Camilla, Charles’s second wife and now Queen Consort who Diana blamed for the break-up of their marriage.

“I would have thought that if she studies anybody it’s actually Camilla, and those are now the two senior female figures in the royal family,” royal biographer and historian Robert Lacey said.