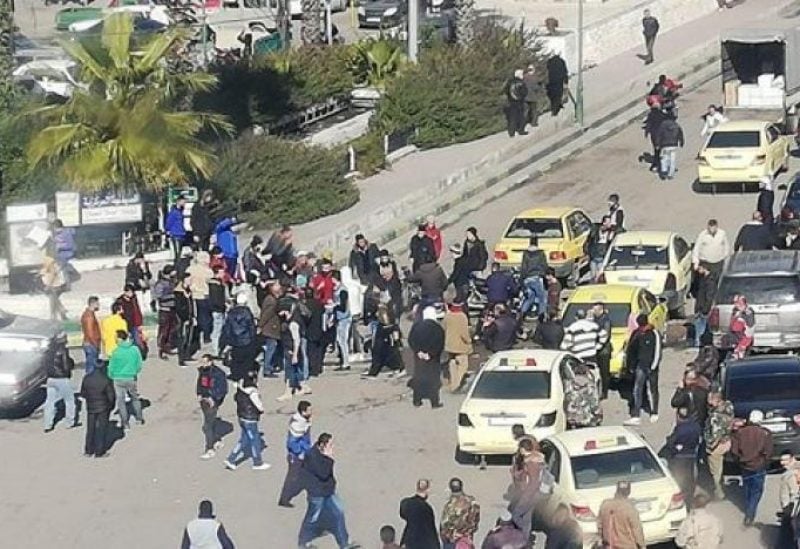 Dozens of demonstrators angry over worsening economic conditions in Syria stormed the governor’s office in the southern city of Sweida on Sunday and set fire to parts of the building amid a heavy exchange of gunfire, residents and witnesses said.

Earlier, more than 200 people had gathered around the building in the center of the Druze-majority city chanting slogans calling for the overthrow of Syrian President Bashar Assad, they said, amid spiraling prices and economic hardship.