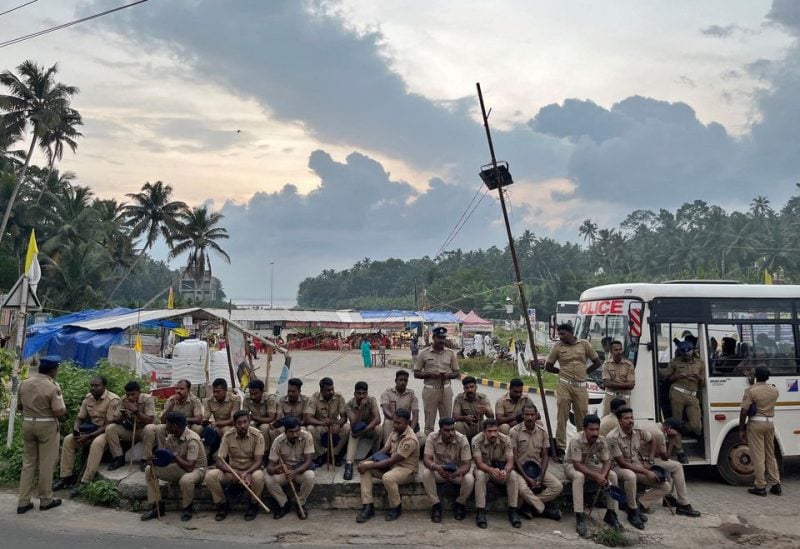 Police officers are deployed as fishermen protest near the entrance of the proposed Vizhinjam Port in the southern state of Kerala, India, November 9, 2022. REUTERS/Munsif Vengattil/

The Adani Group of India was unable to resume construction on a $900 million transhipment port on the southern tip of the country because of protesters from a nearby fishing hamlet, a company representative said on Saturday.

Construction at Adani’s Vizhinjam seaport has been put on hold for more than three months as a result of protesters’ large shelter blocking the port entrance. The protesters, who were mostly Christians and were led by Catholic priests, claimed the development had caused coastal erosion and deprived them of their livelihoods.

The Adani Group, led by world’s third-richest man Gautam Adani, attempted to move heavy vehicles into the port on Saturday following a court directive this week that construction work must resume, but protesters blocked them from entering, an Adani spokesperson in the southern state of Kerala told Reuters.

Around 25 trucks had tried to enter the port and were forced to turn back after two were hit by stones thrown by the protesters, the spokesperson added.