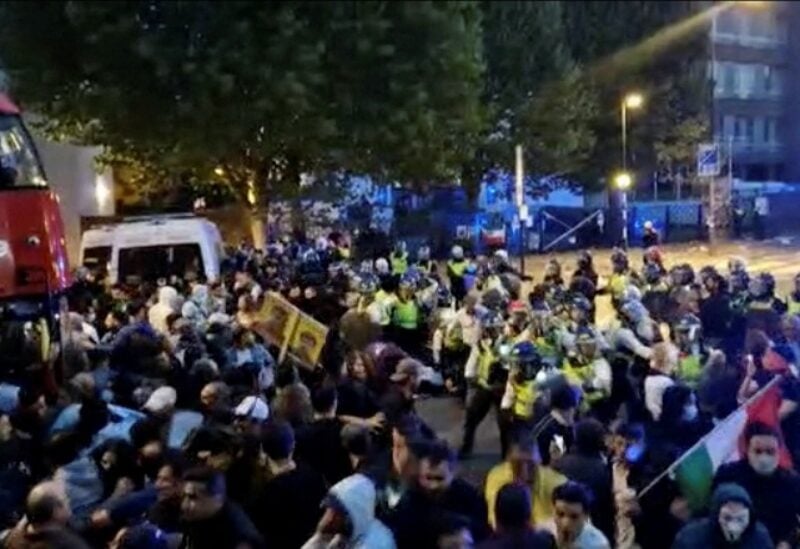 Protests ignited by the death of a young woman in police custody continued across Iran on Sunday despite a fierce crackdown by the authorities, as a human rights group said at least 185 people, including children, had been killed in the unrest.

Demonstrations that began on Sept. 17 at the funeral of 22-year-old Mahsa Amini in her Kurdish town of Saqez, have turned into the biggest challenges to Iran’s clerical leaders in years, with protesters calling for the downfall of Supreme Leader Ali Khamenei.

“At least 185 people, including at least 19 children, have been killed in the nationwide protests across Iran. The highest number of killings occurred in Sistan and Baluchistan province with half the recorded number,” said the Norway-based Iran Human Rights in a statement on Saturday.

Denying use of live bullets, authorities have described the protests as a plot by Iran’s foes including the United States, accusing armed dissidents – among others – of violence in which at least 20 members of the security forces have been reported killed.

Videos shared on social media showed protests continued in dozens of cities across Iran early Sunday with hundreds of high school girls and university students joining in despite the use of tear gas, clubs, and in many cases live ammunition by the security forces, according to rights groups.

A video posted on Twitter by the widely followed activist 1500tasvir showed a man shouting “don’t hit my wife, she is pregnant,” while trying to protect her from a dozen riot police beating the couple in the city of Rafsanjan. Other videos showed protesters blocking some streets in southern Tehran.

Some posts on social media said shops were closed in several cities after a call by activists for a mass strike.

Reuters could not verify the videos and posts. Details of casualties have trickled out slowly, partly because of the restrictions on the internet imposed by the authorities.

Amini was arrested in Tehran on Sept. 13 for wearing “inappropriate attire”. She died three days later at a Tehran hospital.

A state coroner’s report on Saturday said Amini had died due to pre-existing medical conditions. Her father has held the police responsible for her death with the family lawyer saying “respectable doctors” believe she was beaten while in custody.