PSNI appeals to community leaders to end violence, but prepared for more unrest 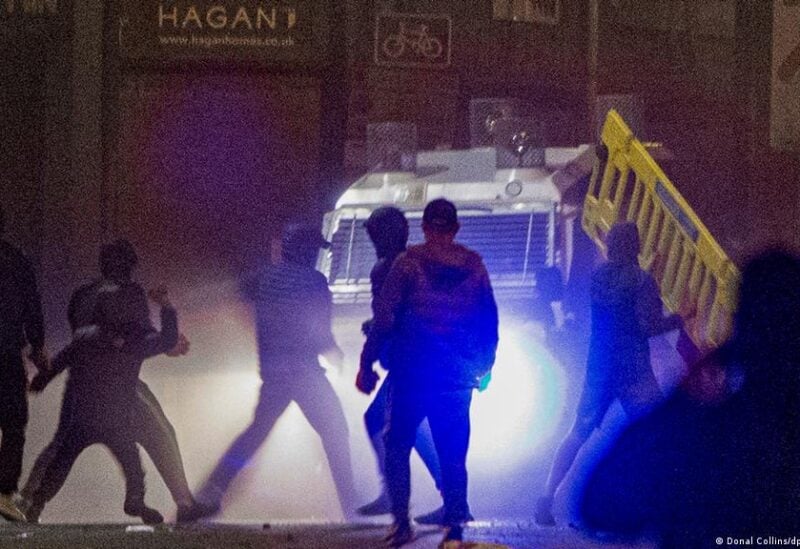 Five police officers sustained injuries after being pelted with petrol bombs and masonry in Belfast on Sunday night.

It brings the total number of police injured in incidents in Londonderry and Belfast over the Easter weekend to 32.

Throughout last week, tensions in predominantly unionist communities have spilled over into violent incidents, with petrol bombs being thrown at PSNI officers and bins and pallets set on fire.

Speaking on Monday, PSNI Chief Superintendent Davy Beck said police stand ready for another night of unrest, but urged community leaders to put a stop to it.

“We’re there and we’re doing that. I will have additional resources available to me and we will respond to whatever may develop.

“But there’s an opportunity to stop this. This doesn’t have to be a third night of trouble in the Cloughfern and Newtownabbey/Carrickfergus area.

“I would encourage people with influence in those communities to put a stop to this.”

He added: “I believe that there’s a small group of disaffected criminal elements that are clearly involved in influencing young people, and I would appeal to young people in those areas not to allow this to happen.”

“I think it’s also fair to say that there’s probably no coincidence to this. We have been successful in that area in respect on some of these criminal gangs.

“So I think that this perhaps has been a reaction from some of those people who are involved in criminality.”

Asked if he thought the South Antrim UDA were behind the attacks, he replied: “As I said, I believe that this is a group of disaffected criminal gangs and we will investigate that.

Chief Supt Davy said the PSNI will be engaging with the local community, councillors and representatives “to try and put a stop to this.”

Children as young as 12 have been involved in some of the incidents that have taken place over the weekend, police said.

Chief Supt Davy said: “What concerns me most are the young people who are being suckered in to this type of behaviour.

“And try and have a conversation with them and encourage them not to get involved, not to get sucked in and not to be used in this way.

“Because effectively, that’s what’s happening. They’re being used by other elements within the community.”

Earlier on Monday, the PSNI condemned what it called “senseless and reckless criminal behaviour” in Derry the previous day.

Chief Superintendent Darrin Jones said: “Again we saw our officers targeted, pelted with petrol bombs and masonry in the Dungiven Road area, where pallets were placed on the road and set alight.

“This saw the main road closed for a time, causing disruption for local drivers.

“Thankfully, last night none of our officers were injured as they worked to bring the disorder to an end.

“I will reiterate our disappointment that we had another night of senseless and reckless criminal behaviour that achieves nothing but cause damage to the community.”

Tensions have soared within the loyalist community in recent months over post-Brexit trading arrangements, which it is claimed have created barriers between Northern Ireland and the rest of the UK.