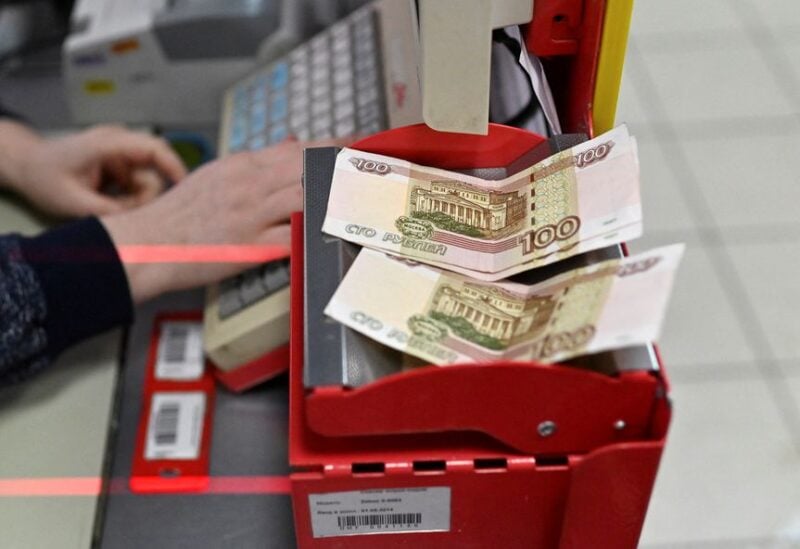 President Vladimir Putin ordered a 10% increase in pensions and the minimum wage on Wednesday to help Russians cope with inflation, but he claimed the country’s economic woes were linked to the conflict in Ukraine.

Last month, with annual inflation near 18 percent, the Kremlin leader admitted that the Russian economy would have a “tough” year in 2022.

“When I say ‘tough,’ I don’t mean all of these problems are related to the special military operation,” Putin said during a televised State Council meeting in Moscow.

“Because in countries that aren’t conducting any operations – say, overseas, in North America, in Europe – inflation is comparable and, if you look at the structure of their economies, even more than ours.”

His comments ignored the fact that rising inflation in Western economies is in part a direct consequence of Russia’s war in Ukraine, which has driven up prices for energy and food around the world.

The pension increase comes into effect from June 1, while the minimum wage hike kicks in on July 1. Analysts said the steps would not prevent a sharp fall in real incomes.

Putin — whose approval rating has jumped more than 10 points since the start of the Ukraine campaign to 82%, according to the independent Levada Centre’s April poll — pledged in March to reduce poverty and inequality this year despite crippling Western sanctions and high inflation.

The Russian economy has been rocked by an unprecedented barrage of Western sanctions imposed over his decision to send troops into Ukraine on Feb. 24, with consumer prices soaring and foreign companies quitting Russia en masse as trade becomes near-impossible.

The Research and Expert Review Institute of the bank VEB said the increase in social payments would slow but not prevent a decline in Russians’ real incomes, wages and pensions – after inflation is taken into account.

Even with a 10% increase in the minimum wage and retirement pensions, VEB expects Russians’ real disposable incomes to fall by 7.5% and real wages to drop nearly 6% this year. VEB also expects poverty to rise to 12.6% this year from 11% in 2021.

Russia’s minimum wage currently stands at 13,890 roubles ($250) a month, while the average retirement pension amounts to 18,521 roubles per month.

The increase in wages and pensions may add to the inflation pressures that the central bank tried to cap with an emergency rate hike to 20% in late February, as the rouble’s foreign exchange value plunged. It has cut its rate twice since then as the rouble has recovered.

Finance Minister Anton Siluanov said the measures would cost the federal budget around 600 billion roubles ($10.5 billion) this year and about 1 trillion roubles in 2023.

On Thursday, the central bank is set to hold an out-of-schedule policy meeting, where analysts expect it to slash the benchmark interest rate from 14% back towards the 9.5% where it stood before the intervention in Ukraine.