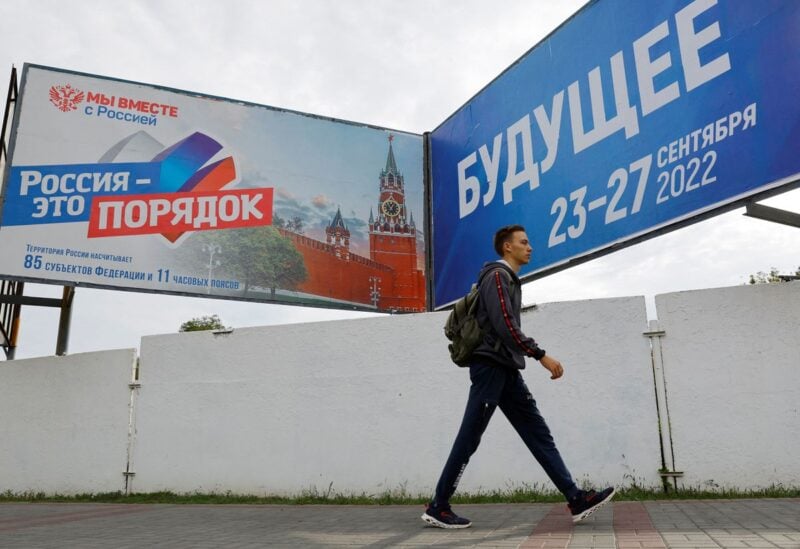 A young man walks past banners informing about a referendum on the joining of Russian-controlled regions of Ukraine to Russia, in the Russian-controlled city of Melitopol in the Zaporizhzhia region, Ukraine September 26, 2022. Banners read: "Russia is order" (L) and "Future. 23-27 September 2022". REUTERS/Alexander Ermochenko

Russian President Vladimir Putin is likely to declare the accession of seized parts of Ukraine to the Russian Federation during his address to parliament on September 30, according to the British Ministry of Defence.

The referendums currently underway within these territories are scheduled to conclude on Sept. 27, the Defence Ministry said in its daily briefing on Twitter.

“Russia’s leaders almost certainly hope that any accession announcement will be seen as a vindication of the special military operation and will consolidate patriotic support for the conflict”, it said.