Putin says Ukrainian grain can be exported through Belarus 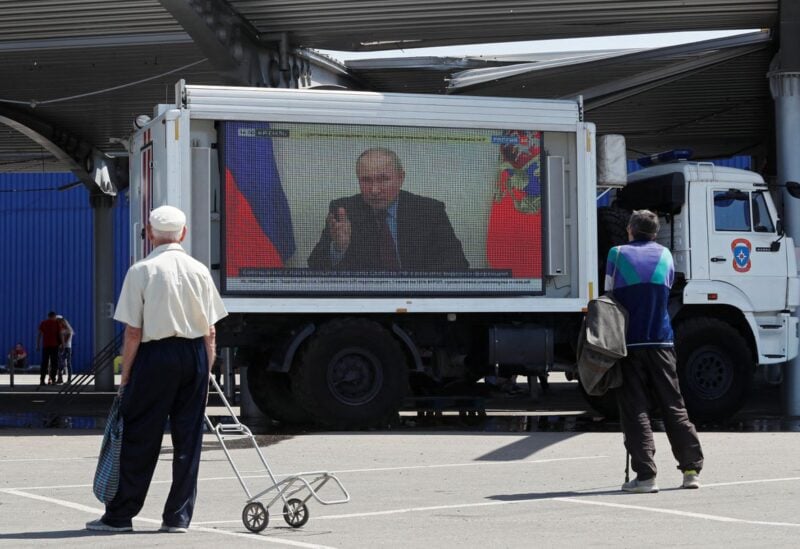 Russian President Vladimir Putin on Friday disputed that Moscow was stopping grain from being exported from Ukrainian ports, saying that the ideal answer would be to send it through Belarus if sanctions against that country were eased.

Putin told national television that claims of a Russian export embargo were “a hoax,” and that Western countries were trying to cover up their own policy failures by blaming Russia for global food market issues.

Russia’s army has seized much of Ukraine’s southern coastline and its warships control access to the country’s Black Sea ports. Moscow has blamed Ukraine and the West for the resulting disruption of Ukrainian grain exports.

“If someone wants to solve the problem of exporting Ukrainian grain – please, the easiest way is through Belarus. No one is stopping it,” Putin said. “But for this you have to lift sanctions from Belarus.”

Earlier on Friday, Belarus leader Alexander Lukashenko said Minsk was ready to allow the transit of Ukraine’s grain to German, Polish, Baltic or Russian ports via its territory if in return it was allowed to ship Belarusian goods from those ports.

Putin said problems on global food markets were set to worsen because of British and U.S. sanctions on Russian fertilisers.