Putin says West can ‘try’ beat Russia on the battlefield 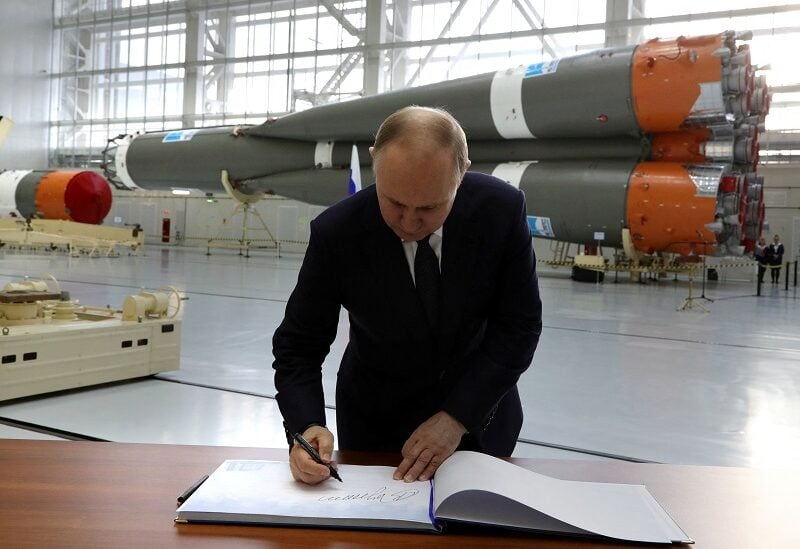 “If the West wanted to challenge Russia in combat, they were welcome to try,” Russian President Vladimir Putin has told senior politicians

“Today we hear that they want to defeat us on the battlefield. What can you say here? Let them try,” Putin said during a televised address.

The Russian president also accused the West of attempting to impose “its new world order” with Putin saying “these attempts are doomed to failure,” according to Russian media agency Interfax.

Putin went on to say that Russia’s “special operation” — Moscow’s terms for its invasion of Ukraine — was the beginning of a shift towards a “multi-polar world.”

Putin also mentioned peace negotiations, but said they would be harder to come by the longer conflict continued.

“Everyone should know that, by and large, we haven’t started anything yet in earnest,” he added. “At the same time, we don’t reject peace talks. But those who reject them should know that the further it goes, the harder it will be for them to negotiate with us.”

Zelenskyy responds ‘with sadness’ after UK’s Johnson steps down
Ukrainian President Volodymyr Zelenskyy has telephoned British Prime Minister Boris Johnson to express his sadness at the news of his resignation.

“We all heard this news with sadness. Not only me, but also the entire Ukrainian society, which is very sympathetic to you,” Zelenskyy said in a statement issued by Ukraine’s presidency.

“My entire Office and all Ukrainians are grateful to you for your help. We have no doubt that Great Britain’s support will be preserved, but your personal leadership and charisma made it special,” Zelenskyy said.

Johnson has made two trips to Kyiv since the Russian invasion, and was the first leader of a G7 country to visit Kyiv on April 9, two weeks after Russian troops were driven back from the suburbs of the capital.

UK’s Boris Johnson says Zelenskyy ‘a hero’ beloved by everyone