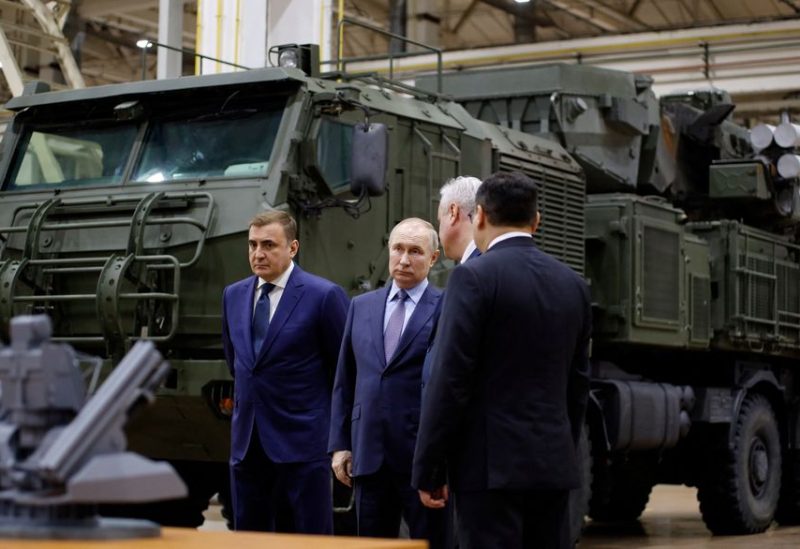 On Friday, President Vladimir Putin urged the leaders of Russia’s defense sector to step up their efforts to guarantee that the Russian army received all the weapons, gear, and military hardware it need to fight in Ukraine as soon as possible.

During a visit to Tula, a hub for military production, Putin made the remarks, which he has framed as part of a historic effort to counter what he claims is overwhelming Western dominance over the world’s affairs.

“The most important key task of our military-industrial complex is to provide our units and frontline forces with everything they need: weapons, equipment, ammunition, and gear in the necessary quantities and of the right quality in the shortest possible timeframes,” said Putin.

“It’s also important to perfect and significantly improve the technical characteristics of weapons and equipment for our fighters based on the combat experience we have gained.”

Putin said this week that the Russian army needs to learn from and correct the issues it had in Ukraine, and he pledged to provide it with all the resources necessary to continue a conflict that is approaching the end of its tenth month.

Moscow has given up almost half of the land it first took since tens of thousands of Russian troops rushed into Ukraine on February 24 in what Putin dubbed “a unique military operation.”

It has suffered tens of thousands of dead, according to U.S. authorities, and lost or abandoned a sizable amount of military equipment.