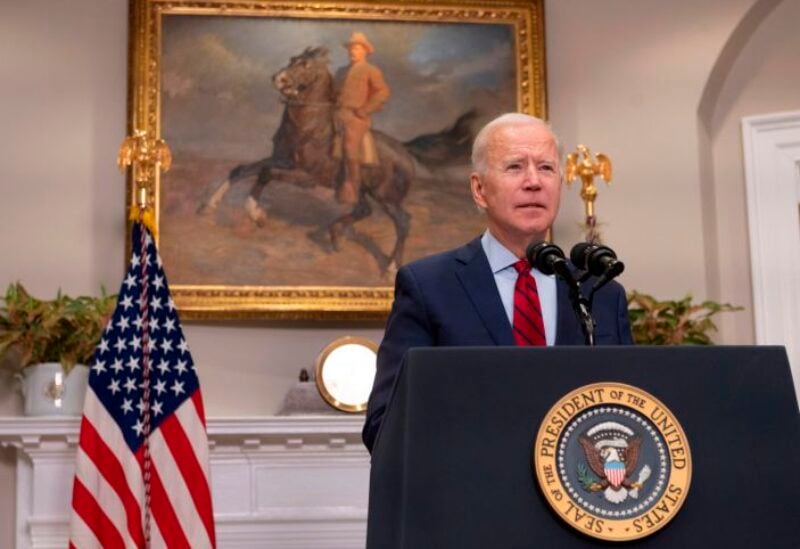 The US Senate floor witnessed a record-breaking open vote on Friday over an amendment to President Joe Biden’s ambitious $1.9 trillion coronavirus stimulus bill.

​Senate Finance Chair, Ron Wyden, D-Ore., introduced the amendment, which was an adjustment to the legislation passed in the House earlier, which sought to increase the benefits to $400 a week.

The compromise amendment extends additional unemployment insurance benefits through 6 September at $300 per week – something that Sen. Joe Manchin (D-W.Va.) raised an unexpected objection to.

It transpired that Manchin had expressed willingness to vote for an amendment sponsored by Sen. Rob Portman (R-Ohio) to reduce the amount of weekly unemployment benefits contained in the relief package from $400 to $300, and extend them to 18 July instead of 29 August, as passed by the House earlier.

It took nearly nine hours to negotiate a deal with Manchin, a moderate Democrat from West Virginia, in an evenly divided Senate.

The “vote-a-rama” (when 15 or more votes take place on a piece of legislation in a single day) began on Friday morning, when an amendment proposed by Sen. Bernie Sanders that would have raised the federal minimum wage to $15 an hour failed.

However, the vote stayed open, as Democrats scrambled to sway Manchin in favour of supporting their amendment.

Amid the delay, the legislative text was drafted and a cost estimate hurriedly assembled from the Congressional Budget Office. The amendment was finally approved by a vote of 50 to 49.

The vote broke a previous record dating to 28 June 2019, when senators kept open a vote on an amendment to the annual defense authorization bill for ten hours and eight minutes.

“If we were doing this, you’d be all over us. We couldn’t get five feet down the hall… Why did you put the Senate on hold for five-and-a-half hours because you won’t let two Republicans work with a Democrat to do something they want to do.”

The finally reached compromise agreement also makes the first $10,200 of unemployment insurance benefits non-taxable for households with incomes under $150,000.

Tax rules regarding excess business loss limitations are extended to 2026.

“Now that this agreement has been reached, we are going to power through the rest of the process and get this bill done. Make no mistake, we are going to continue working until we get the job done,” Schumer said later.

​Congress is resorting to the budget reconciliation process to pass the bill, which Republicans have slammed as too big. The procedure limits time for debate and allows legislation to pass with a simple majority to avoid the 60-vote threshold necessitated by most bills to advance in the Senate.

​The economic relief legislation contains a provision that provides $1,400 in direct checks to earners making under $75,000, with Senate Democrats earlier this week reaching a deal to limit the eligibility for who receives direct checks.

Congressional Democrats are hoping to pass the massive economic relief package providing for a third round of direct stimulus pay checks, extended benefits for jobless workers and aid to state and local governments to allow for it to be signed by President Biden by 14 March, when previously passed measures in the last stimulus package expire.