Report: Turkish curriculum ‘has been radicalized’ 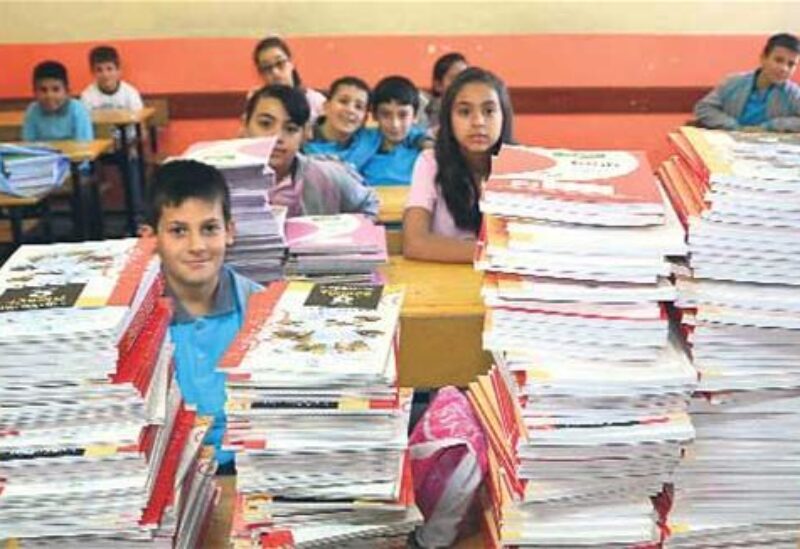 Turkey’s school curriculum and textbooks have been radicalized in recent years, according to a new report that found that anti-American sentiment, Turkish nationalism, and “sympathy for the motivations” of Daesh and Al-Qaeda have permeated teaching.

The report also found that Turkish students are now being taught that all non-Muslims are “infidels,” including Christians and Jews, who had previously been referred to as “People of the Book.”

Focused on changes to the curriculum since the 2016 coup attempt, the report said: “Tolerance has dwindled as the curriculum has been radicalized. Jihad war has been introduced into textbooks and turned into the ‘new normal,’ with martyrdom in battle glorified.”

It added: “There is teaching of ethno-nationalist religious objectives in the spirit of neo-Ottomanism and Pan-Turkism.”

Anti-American sentiment, the report found, has been in ascendance in the Turkish curriculum, and is being used to deflect from the government’s economic failings.

“The US is also accused as the mastermind of the July 15, 2016 coup attempt and blamed for the escalation of the recent economic crisis,” it said.

“The curriculum’s efforts to rationalize and understand the motives behind the terrorist attacks of Al Qaeda and ISIS (Daesh) should raise alarms,” the report added.

IMPACT-se’s CEO Marcus Sheff told Arab News: “What one teaches children in school today is very much the kind of society one is going to create in the future. Those values, those ideas of national identification, are what children are going to take into adulthood.”

Turkey’s curriculum, he said, is “very specific to the kind of society (President Recep Tayyip) Erdogan wants to create. There’s this nostalgia for an age of Turkish domination. There’s an introduction of Islamist ideas that weren’t in the (old) Turkish curriculum.”

Sheff added: “The idea that jihad war is now part of the Turkish curriculum, that martyrdom in battle is now glorified, might not be surprising given what we know about Erdogan … But seeing it in black and white is quite a shock.”

Sheff said the 2016 coup attempt was a turning point for Turkish society and heralded a widespread crackdown.

“We suspected that Erdogan himself would be involved in changing the textbooks … He fired an estimated 21,000 teachers, arrested hundreds, and people from academia were thrown in jail after the failed coup of 2016,” Sheff added. “There was no reason to think he wouldn’t try to influence textbooks.”

Despite the curriculum’s worrying new direction, he said textbooks and curriculums in the Middle East can, and do, change “quite rapidly” — often for the better.

IMPACT-se has celebrated improvements to the Saudi curriculum in recent years, as well as “root and branch” reforms to UAE textbooks.

“Even when the Turkish curriculum has deteriorated to the point it has, with strength of will and political leadership changes could be made in a positive direction,” Sheff said. “But that isn’t what we’re looking at now.”