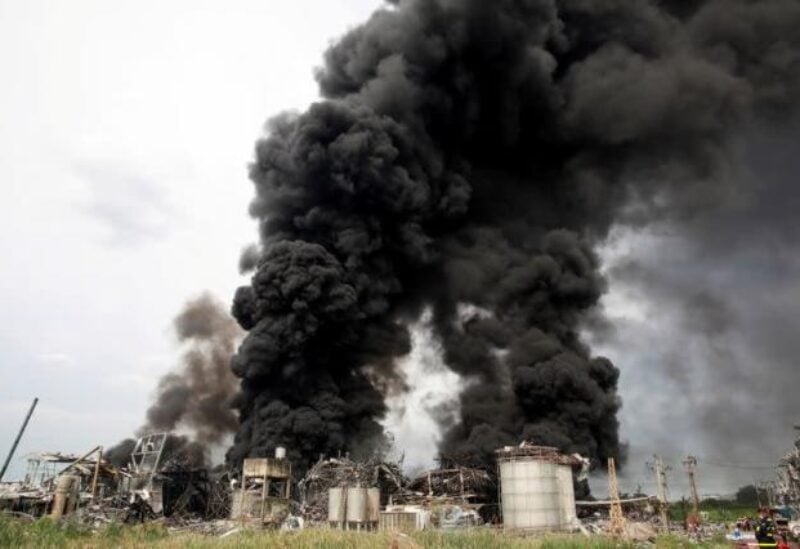 After a chemical plant went up in flames earlier this week, evacuees cautiously began returning to their homes on Bangkok’s outskirts on Thursday, as experts demanded that the air and water be properly tested for any residual harmful compounds.

The blaze at Ming Dih Chemical on Monday killed one firefighter and injured at least 33 others.

The fire was started when a storage tank carrying styrene monomer, which is used to make polystyrene foam, detonated. If styrene is ignited and blended into the air, it can be fatal.

A styrene gas leak at a factory in southern India killed 12 people last year, many of whom were sleeping, and sickened hundreds more.

Residents living outside of a 1-kilometer (half-mile) radius might return home on Wednesday, according to Thai police.

The Pollution Control Department told Reuters on Thursday that styrene levels in the air within 1 km of the site were between 8 and 20 parts per million (ppm), down from 1,035 ppm on Monday.

Up to 20 ppm is considered acceptable, however exposure beyond 1,100 ppm can be harmful to human health.

“The air is now safe, because the pollutants have thinned out and risen up into the atmosphere,” said Athapol Jaroenchansa, the department’s director-general.

He said authorities are collecting water and soil samples every day, adding that any contamination was expected to dissolve within a week.

She said the accident underscored a need for better safety regulations and urban planning in Thailand and across Asia.

“The pattern of industrial accidents is only becoming worse in Asia,” said Nagatani-Yoshida, the U.N. Environmental Programme’s Asia coordinator for chemicals, waste, and air quality.

One returning resident, Kanin, told Reuters the government’s air quality report encouraged him to return to his house, just over 4 km (2.5 miles) from the factory.

“But that doesn’t mean I’m not worried about future incidents, considering how lacklustre the government is at crisis management,” said the resident, who asked to be identified only by his first name.