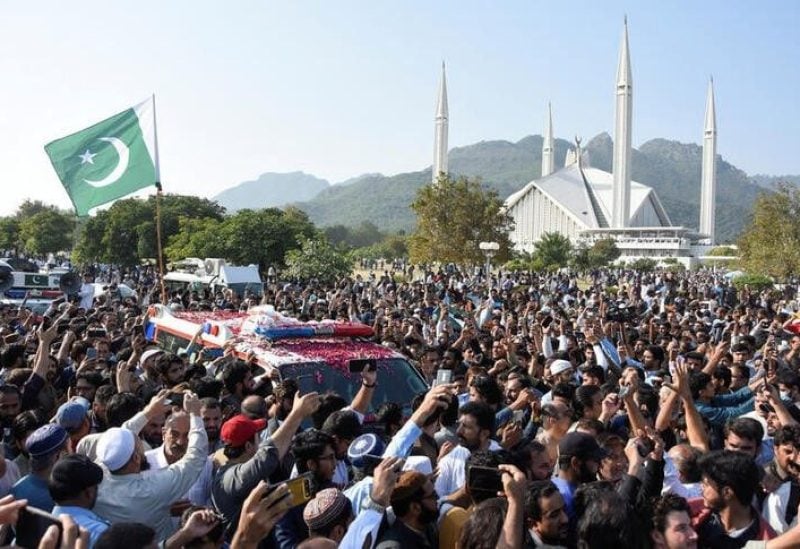 Men gather around an ambulance as they attend a funeral of journalist Arshad Sharif, who was killed in a police shooting in Kenya, at Faisal mosque in Islamabad, Pakistan October 27, 2022. REUTERS/Waseem Khan

An Afghani provincial police spokesman said, that a roadside bomb killed seven petroleum company employees aboard a bus in northern Afghanistan on Tuesday.
“The bomb was placed in a cart by the roadside. It was detonated as the bus arrived,” said Asif Waziri, of the Balkh police department in Mazar-i-Sharif.
Although the Taliban claim to have improved security across the nation since storming back to power in August last year, there have been scores of bomb blasts and attacks — many claimed by the local chapter of the Daesh group.
At least 19 people were killed and 24 others wounded earlier this month by a blast at a madrassa in Aybak, southeast of Mazar-i-Sharif.
Waziri told AFP Tuesday’s blast happened around 7:00 am (0230 GMT) near Sayed Abad Square in the city.