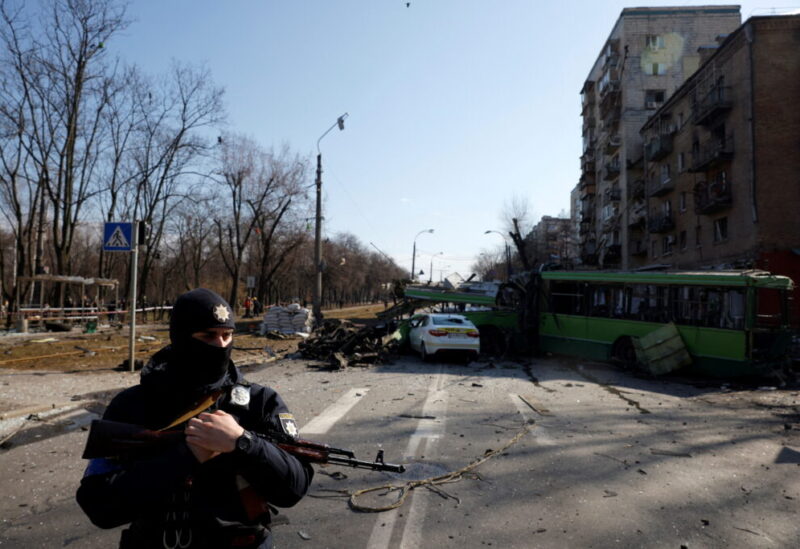 The Russian defense ministry said on Monday that a Ukrainian missile carrying a cluster charge exploded in the separatist-controlled city of Donetsk in eastern Ukraine, killing 20 civilians and injuring 28 others.

The ministry provided no evidence, and Ukraine denied launching an attack, which occurred as Russian forces shelled the Ukrainian capital, Kyiv, and other cities more than two weeks after invading the country. more info

Reuters was unable to independently verify either side’s statements. Russia refers to its actions in Ukraine as a “special operation” to demilitarize and “denazify” the country. Ukraine and its Western allies dismiss this as a flimsy pretext for a war of choice.

“It is unmistakably a Russian rocket or another munition, there’s not even any point talking about it,” Ukrainian military spokesman Leonid Matyukhin told a televised briefing.

Pro-Russian separatists who control part of Ukraine’s Donetsk region said earlier that a child was among those hit in the alleged strike and they accused Kyiv of committing a war crime.

Ukraine has denied suggestions it would try to recapture the eastern cities of Donetsk and Luhansk, under the control of Russian-backed forces since 2014, by force.

Ukraine and its allies have previously accused Russia of planning “false flag” operations to create pretexts for further military offensives against Ukraine.

Asked about reports of a Ukrainian attack on Donetsk, Kremlin spokesman Dmitry Peskov said it was a tragedy.

Video shot by a Reuters photographer in the center of Donetsk showed damaged and burned-out vehicles. Several bodies and a fragment of missile with smoke rising from it were visible.

Reuters wrote to the press secretary of the head of the self-proclaimed statelet surrounding Donetsk seeking comment but she did not respond.

The U.N. human rights office said last week that it had received “credible reports” of several cases of Russian forces using cluster munitions in populated areas in Ukraine, adding that indiscriminate use of such weapons might amount to war crimes. read more

Russia has not responded to that assertion. It denies targeting civilians and has called a Ukrainian accusation it bombed a maternity and children’s hospital in Mariupol “fake news”.