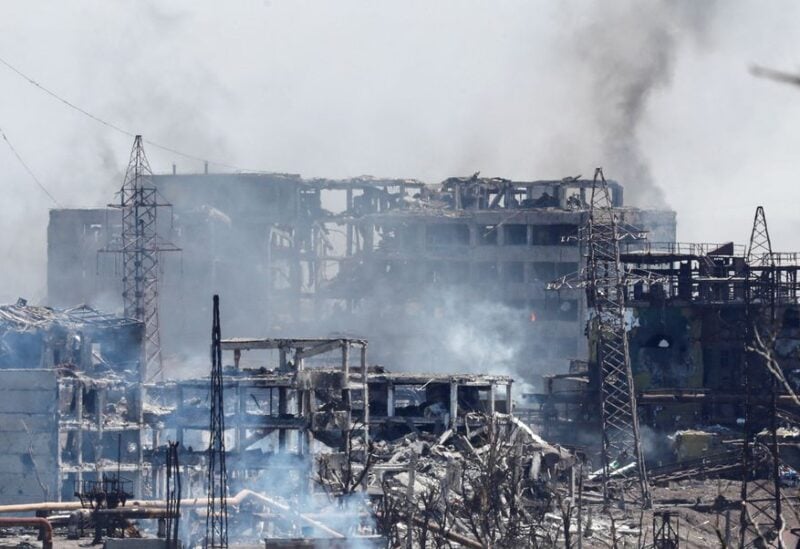 A view shows destroyed facilities of Azovstal Iron and Steel Works during Ukraine-Russia conflict in the southern port city of Mariupol, Ukraine May 11, 2022. REUTERS/Alexander Ermochenko

The Russian-appointed head of the occupied Ukrainian town near to Europe’s largest nuclear power plant was injured in an explosion on Sunday, according to a Ukrainian official and a Russian news outlet.

According to a source in the emergency services, Andrei Shevchuk, who was designated mayor of Enerhodar following the Russian army’s capture of the town, was in serious care following the attack.

“We have accurate confirmation that during the explosion the self-proclaimed head of the ‘people’s administration’ Shevchuk and his bodyguards were injured,” Dmytro Orlov, who Ukraine recognises as mayor of the town said in a post on the Telegram messaging app.

Enerhodar is a town with a pre-war population of over 50,000. Many residents work at the two power plants located next to the town, one of which is the Zaporizhzhia Nuclear Power Plant, the largest nuclear power station in Europe. Ukraine has previously complained that Russia’s occupation of the plant raises the risk of a nuclear disaster.

Reuters was not able to independently confirm the attack.