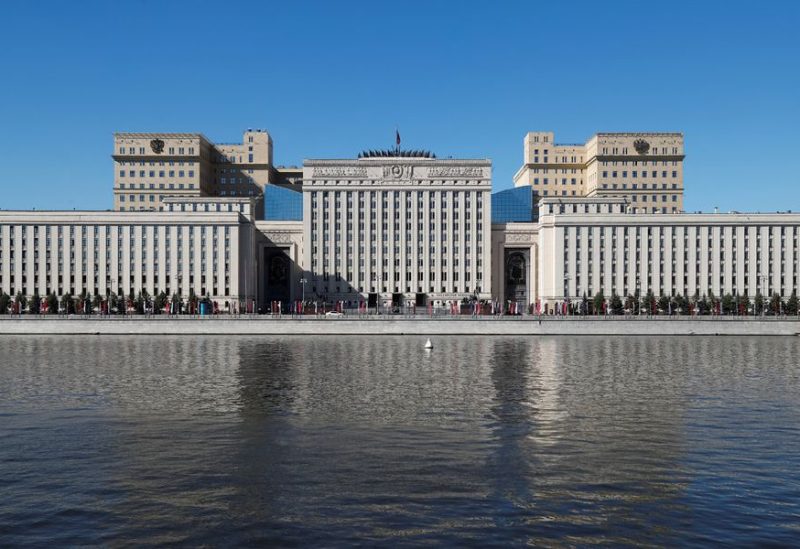 A view shows the headquarters of Russia's Ministry of Defence in Moscow, Russia September 10, 2022. REUTERS/Shamil Zhumatov

On Monday, the Russian defense ministry made the unusual decision to refute claims that a naval infantry unit had suffered appalling losses of personnel and equipment during a fruitless operation in eastern Ukraine.

The ministry was reacting to what Russian military bloggers claimed to be an open letter written by men of the 155th Marine Brigade of the Russian Pacific Fleet, who complained they had been ordered to engage in a “incomprehensible” attack against Ukrainian forces southwest of Donetsk.

“As a result of the ‘carefully’ planned offensive by the ‘great generals’, we lost about 300 people killed, wounded and missing in the course of four days. (And) half of our equipment,” said the letter.

The text was published by Grey Zone, a popular military blog. It was addressed to Oleg Kozhemyako, governor of the far eastern Primorye region, thousands of miles from Ukraine, where the unit is based.

Kozhemyako appeared to acknowledge the letter was genuine but said it exaggerated the scale of the true losses.

“We contacted the commanders. Yes there are losses, there’s heavy fighting, but they are far from what is written in this appeal,” he said in a video statement on his Telegram channel.

The defense ministry statement, quoted by state-owned RIA news agency, rejected the assertion that the marines unit had suffered “high, pointless losses in people and equipment”.

On the contrary, in the course of 10 days it had advanced 5 km (over 3 miles) into Ukrainian defensive positions, RIA quoted the ministry as saying. The statement specifically denied that the brigade’s commanders had shown incompetence.

“Due to the competent actions of the unit commanders, the losses of marines for the given period do not exceed 1% of combat strength, and 7% wounded, a significant part of whom have already returned to duty,” it said.

The unusual denial suggested the reported losses had touched a raw nerve at a point in the war’s ninth month when Russian forces are under heavy pressure in partly occupied regions of Ukraine that Moscow has proclaimed as its own territory – actions denounced as illegal by Kyiv, the West and most countries of the United Nations.

Russian military bloggers, some of whom command audiences of half a million or more on social media, have become increasingly critical of the failings of Moscow’s generals since Ukraine recaptured large parts of the northeast of the country in September.

The reported appeal from the marine unit criticised individual commanders by name, describing them as mediocrities who treated their men like “meat” and were only interested in furthering their own careers.

The regional governor, Kozhemyako, said he had sent materials to the military prosecutor’s office for further examination.

“In conditions of information warfare, any publications on social networks need checking. I am sure that in any case the situation will be analysed and the competent authorities will give their assessment,” he said.