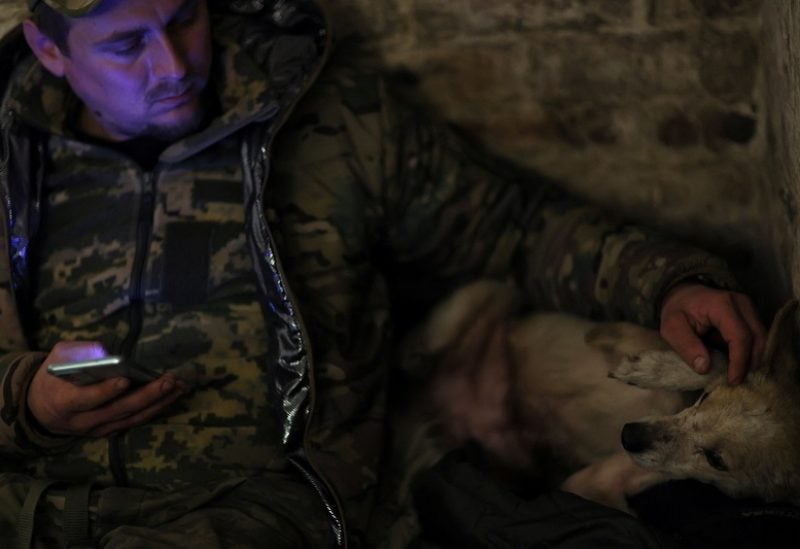 Yaroslav, 34, pets a dog while communicating target coordinates gleaned from drones to fellow service members in the field with the 24th Mechanized Brigade of King Danylo of the Ukrainian Army near Bakhmut in Ukraine, December 1, 2022. REUTERS/ Leah Millis TPX IMAGES OF THE DAY

Britain’s defense ministry said on Saturday, that Russia is likely planning to encircle the Donetsk Oblast town of Bakhmut with tactical advances to the north and south.
The capture of the town would have limited operational value but it can potentially allow Russia to threaten Kramatorsk and Sloviansk, the ministry added in a daily intelligence update.
“There is a realistic possibility that Bakhmut’s capture has become primarily a symbolic, political objective for Russia,” the ministry said in the update posted on Twitter.