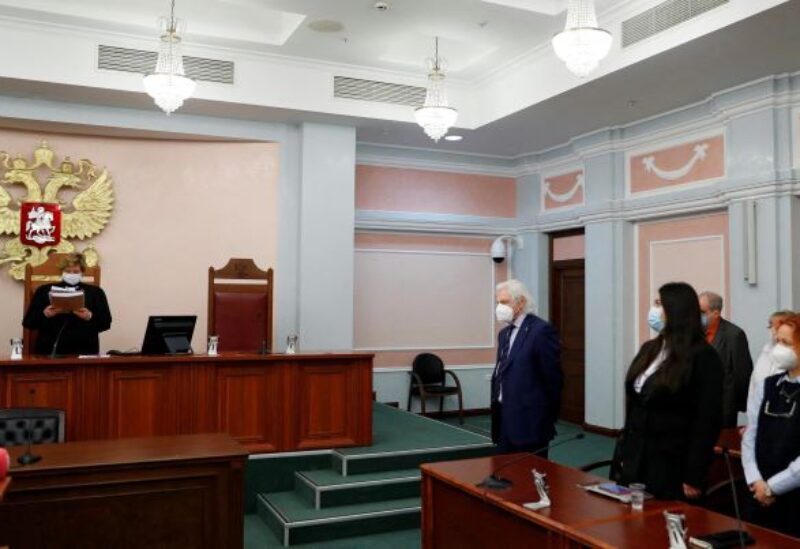 On Tuesday, Russia’s Supreme Court ordered the liquidation of the country’s most well-known human rights organization for violating a rule requiring organizations to register as foreign agents, concluding a year of crackdowns on Kremlin opponents unprecedented since the Soviet era.

The closure of Memorial brings to a close a year in which the leading Kremlin critic was imprisoned, his political movement was outlawed, and many of his supporters were forced to flee. Moscow claims it is only following regulations in order to combat extremism and protect the country from foreign influence.

“This is a disturbing indication that our society and country are heading in the wrong path,” Memorial Board Chairman Jan Raczynski told the TASS news agency.

One of Memorial’s attorneys, Maria Eismont, argued during the last hearings on Tuesday that closing the organisation would increase the likelihood of “complete repression” in Russia.

The case, according to Memorial, is politically motivated. According to the Interfax news agency, the organization’s lawyer said the group will appeal both in Russia and at the European Court of Human Rights.

Established in the “glasnost” era of Soviet liberalization by prominent dissidents including the widow of Nobel Peace Prize-winner Andrei Sakharov, Memorial initially focused on documenting the crimes of the Stalinist era.

It served as Russia’s main rights group through two wars in Chechnya in the 1990s, and has more recently spoken out against repression of critics under President Vladimir Putin.

The authorities placed the group on an official list of “foreign agents” in 2015, a move that entailed numerous restrictions on its activities.

Prosecutors said Memorial International breached the regulations by not marking all its publications, including social media posts, with the label. They accused the Moscow-based center of condoning terrorism and extremism.

Speaking at the final hearing on Tuesday, a state prosecutor said Memorial had organized large-scale media campaigns aimed at discrediting the Russian authorities, according to TASS.

The group has denied any serious violations and called the lawsuits political. It has said its members would continue their work even if it is dissolved.

Putin, a former spy in the Soviet KGB security service, said this month Memorial had defended organizations Russia considers extremist and terrorist, and that its list of victims of Soviet-era repression included Nazi collaborators.

The past year has also seen Putin’s leading critic Alexei Navalny jailed on charges he says were trumped up, after returning from Germany for treatment for poisoning that Western countries describe as a state-backed assassination attempt. Navalny’s political network was banned as extremist and many of his allies have been jailed or fled.

Russia defends the independence of its legal system and says its laws on extremism and foreign influence are similar to those in other countries. It denies any role in poisoning Navalny.