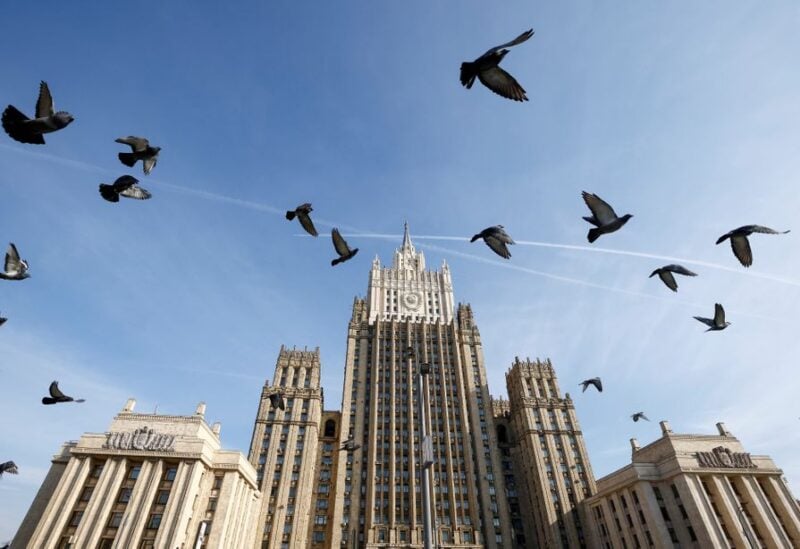 Pigeons fly in front of the headquarters of the Russian Foreign Ministry in Moscow, Russia October 12, 2021.

Russia’s foreign ministry stated on Thursday that providing Ukraine with air defense systems, as requested by Ukraine’s president in the United States Congress a day earlier, would be a destabilizing factor that would not bring the country peace.

On Wednesday, Ukrainian President Volodymyr Zelenskiy urged American lawmakers to do more to protect his country from Russia’s invasion, including imposing a no-fly zone and requesting aircraft and defensive systems.

“Such deliveries… would be a destabilizing factor that will undoubtedly not bring peace to Ukraine,” said foreign ministry spokeswoman Maria Zakharova at a news conference.

“In the long term, they could have much more dangerous consequences,” she added.

The United States and its allies want to avoid NATO being drawn into the Ukraine conflict, but they have supplied Kyiv with military aid since Russia invaded Ukraine on Feb. 24.

Moscow calls its offensive in Ukraine a “special operation” to destroy its southern neighbour’s military capabilities and capture what it regards as dangerous nationalists.