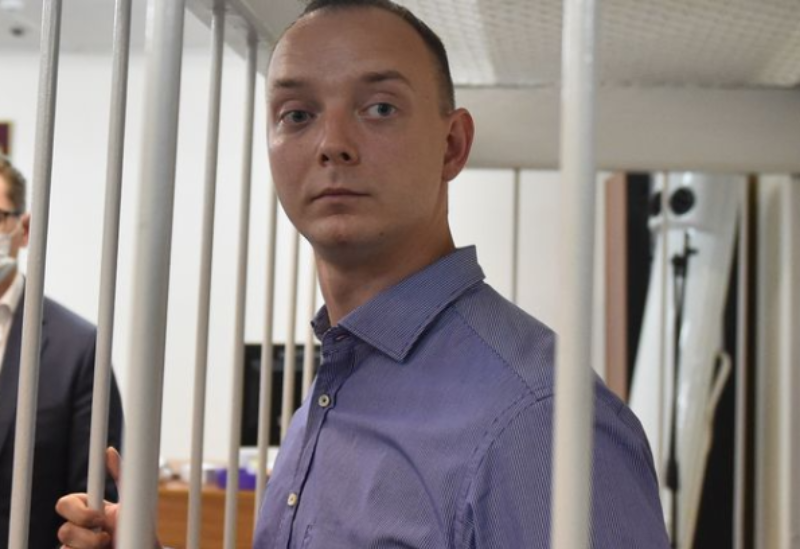 His trial comes with independent media and NGOs facing increasing pressure in Russia, especially since the start of Moscow’s February military intervention in Ukraine.

Safronov, 32, worked for years for business newspapers Kommersant and Vedomosti and was one of Russia’s most respected journalists covering defense.

He was arrested in July 2020, after leaving journalism to serve as an adviser to the head of the state space agency.

The FSB security service has accused Safronov of collecting confidential information about the Russian military, defense and security and handing it over to the intelligence of a NATO member country.
Safronov has called the trial “a complete travesty of justice” and denied his guilt.

The ex-journalist has said his reporting was based on analysis of open sources and conversations with officials, adding that he had not been told what constituted treason in his case.