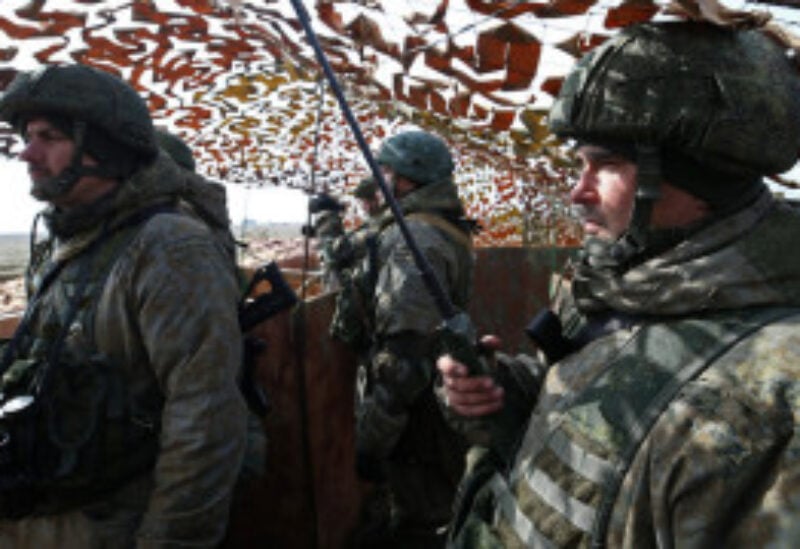 Russian-controlled forces in eastern Ukraine have increased their combat readiness and conducted large-scale exercises, according to Ukraine’s defense ministry’s intelligence directorate on Tuesday.

Kiev and NATO countries are concerned that Russian troop movements near Ukraine’s borders could lead to a sharp military escalation. Russia denies having such plans and accuses Ukraine and the US of inflaming tensions.

Russian-backed forces in eastern Ukraine’s Donbass region have clashed with Ukrainian troops in a conflict that Kiev claims has killed 14,000 people since 2014.

The Russian defense ministry said in a statement that Russia is “increasing the combat readiness of the Russian occupation forces in the temporarily occupied territory in Donetsk and Luhansk regions.”

The exercises, which began on Monday, include mobilized combat reservists, according to the statement.

On Monday, Russia’s foreign intelligence agency compared current tensions to a brief 2008 war in which Russian forces crushed those of neighboring Georgia.

According to US officials, it is unclear whether Russian President Vladimir Putin has decided what action to take.

None of the U.S. officials said they expected an imminent attack, but they said the Russian movements point towards a building crisis.

They said Washington hopes to avert conflict by building international consensus about the threat, raising the possibility of potential sanctions should Moscow decide to act.

The Kremlin has said previously that U.S. media outlets that have suggested Russia is poised to attack Ukraine are being used in a disinformation campaign.

The head of Ukraine’s military intelligence told the Military Times outlet this weekend that Russia had more than 92,000 troops massed around Ukraine’s borders and was preparing for an attack by the end of January or beginning of February.