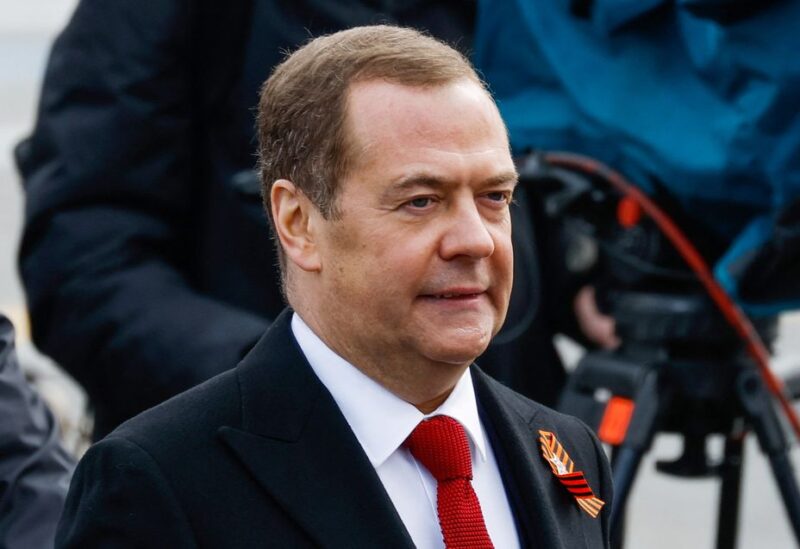 Deputy Chairman of Russia's Security Council Dmitry Medvedev attends a military parade on Victory Day, which marks the 77th anniversary of the victory over Nazi Germany in World War Two, in Red Square in central Moscow, Russia May 9, 2022. REUTERS/Maxim Shemetov

Although use of Pfizer Inc’s COVID-19 antiviral Paxlovid increased this week, some doctors are rethinking the pills for lower-risk patients after a US public health body advised that symptoms can reappear after people finish a course of the treatment, and that they should isolate again.

Dr. Sandra Kemmerly, an infectious disease specialist at Ochsner Health in New Orleans, told Reuters that more quarantine time “is not a crowd-pleaser.” “For those who aren’t in immediate danger, I would advise them not to take it.”

Dozens of Kremlin critics have been listed as foreign agents, including journalists and rights activists, and many have fled abroad.

Medvedev, who now serves as deputy head of Russia’s security council, said the enforcement of the “foreign agents” legislation needed to be stepped up as Moscow carries out its military intervention in Ukraine and finds itself under unprecedented sanctions from the West.

“If they (foreign agents) are carrying out activities aimed against our country — especially during this tough period — and receive money for it from our enemies, our response must be quick and harsh,” Medvedev wrote on the Telegram messaging app.

He added that the legislation should more precisely classify “foreign agents” and impose stricter consequences for their offences.

At present, those listed are subject to stringent financial reporting requirements and have to preface anything they publish, including social media posts, with a disclaimer stating that they are foreign agents.

Lawmakers said last month they planned to submit amendments to the law to add more restrictions, including on investing in strategic industries and working with children.

Medvedev also said he supported legislative initiatives to criminally prosecute “people working in the interest of a foreign state.”

His post began and ended with a reference to a 1960s Soviet television series set during the Russian Civil War of the 1920s, in which Medvedev noted that the hero was shot as a spy.