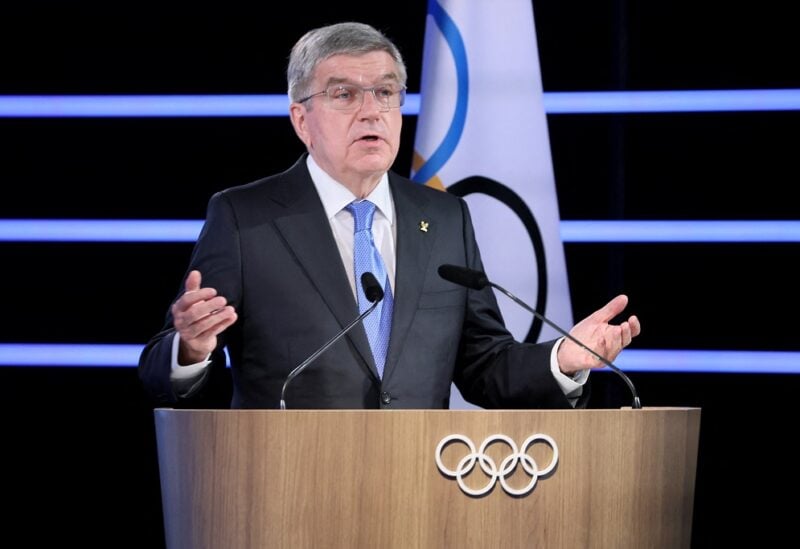 IOC President Thomas Bach defended his decision not to discipline Russian members of the International Olympic Committee on Friday, saying that not all Russians are to responsible for their government’s invasion of Ukraine.

However, due to the ongoing conflict in Ukraine, Russia’s participation in the 2024 Summer Olympics in Paris is uncertain, according to Bach.

The IOC has called on international federations to move events from Russia and ban Russian and Belarusian athletes and officials from competitions.

It has, however, not sanctioned or banned Russian members who sit on the IOC from taking part in Olympic meetings despite widespread calls to do so and has also not sanctioned the Russian Olympic Committee.

“There is no justice if you paint everyone with the same brush,” Bach said in his speech to the IOC session.

“This would even be counter-productive because it would play into the propaganda of those who claim that sanctions are just a part of a wider conspiracy directed against their country.”

It also said calling for a ban of Russian and Belarusian athletes was a protective measure and not a sanction.

“These are protective measures – not sanctions – measures to protect the integrity of competitions,” Bach said.

“The safety of the Russian and Belarusian athletes and officials could not be guaranteed because of the deep anti-Russian and anti-Belarusian feelings in so many countries following the invasion.”

A Russian doping scandal, involving revelations of a state-backed system across many sports, following the Sochi 2014 Olympics led to Russian athletes competing as neutrals at the Games as part of IOC sanctions.

With some qualifiers for the Paris 2024 Olympics starting this year, it is still unclear if and how the Russian team would participate at those Games.

“We have to take it step by step,” Bach told a news conference later on Friday. “We do not know how the political situation and the war evolves. We hope there will be peace as soon as possible.”

“There are so many developments this situation can take. When time comes and if the situation should change we would take the appropriate actions,” he said.