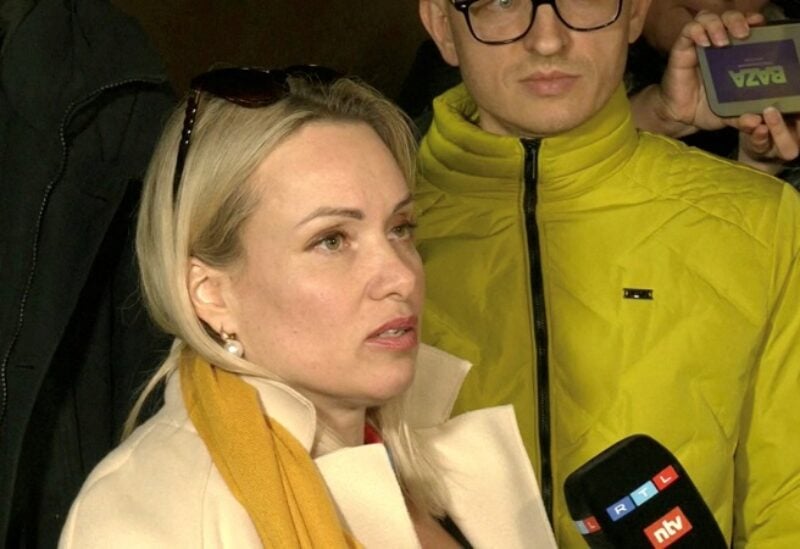 FILE PHOTO: Marina Ovsyannikova, a Channel One employee who staged an on-air protest as she held up a anti-war sign behind a studio presenter, speaks to the media as the leaves the court building in Moscow, Russia March 15, 2022 in this still image taken from a video. REUTERS TV via REUTERS/File Photo

Marina Ovsyannikova, a Russian TV journalist accused of disseminating fake news after staging a series of lone protests against the war in Ukraine, said on Wednesday that she had escaped house arrest since she had no case to answer.

“I consider myself absolutely innocent, and because our state refuses to obey its own laws, I refuse to obey the measure of restraint imposed on me as of September 30, 2022, and I liberate myself from it,” she added.

In a video posted on Telegram, she sat on a pink sofa and addressed Russia’s Federal Penitentiary Service, criticising President Vladimir Putin over the war.

“Put a tag like this on Putin,” she said, gesturing to what appeared to be an electronic ankle bracelet.

Her lawyer, Dmitry Zakhvatov, said she was supposed to turn up to a court hearing at 10:00 Moscow time (0700 GMT), but it was held in absentia as investigators had failed to establish her whereabouts.

He told Reuters the authorities do not know where she is and that she will be remanded in custody if caught.

“We hope, however, that this will not happen,” he said.

Ovsyannikova grabbed world attention in March by walking out in front of studio cameras during an evening news broadcast on state television with a placard that read “Stop the war” and “They’re lying to you”.

The Kremlin at the time denounced her act of protest as “hooliganism”.

The 44-year-old was given two months’ house arrest in August over a protest in July when she stood on a river embankment opposite the Kremlin and held up a poster calling Putin a murderer and his soldiers fascists.

She faced a sentence of up to 10 years in prison if found guilty of the charge of spreading fake news about Russia’s armed forces.

Her house arrest was due to last until Oct. 9, but the state-run news outlet Russia Today reported on Saturday that she had fled along with her 11-year-old daughter, and that her whereabouts were unknown. How she left and where she went are still unclear.