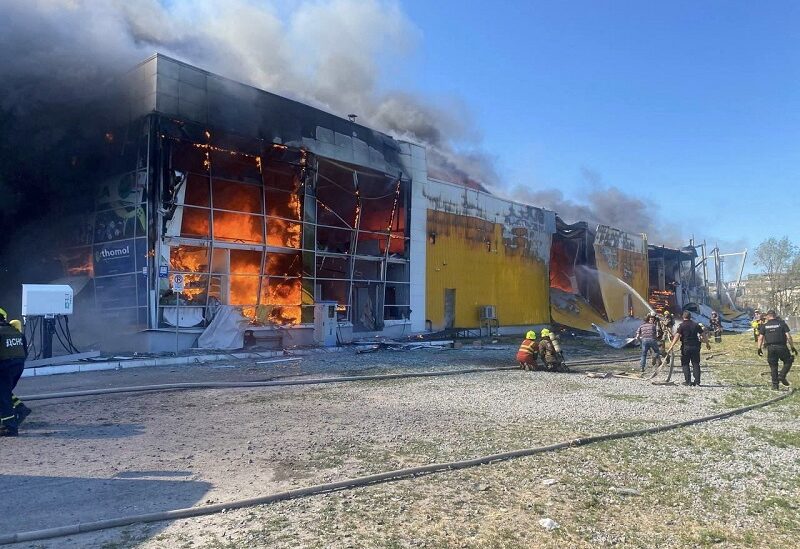 Rescuers work at a site of a shopping mall hit by a Russian missile strike, as Russia's attack on Ukraine continues, in Kremenchuk, in Poltava region, Ukraine June 27, 2022. Governor of Poltava region Dmitry Lunin/Handout via REUTERS ATTENTION EDITORS - THIS IMAGE HAS BEEN SUPPLIED BY A THIRD PARTY. NO RESALES. NO ARCHIVES MANDATORY CREDIT