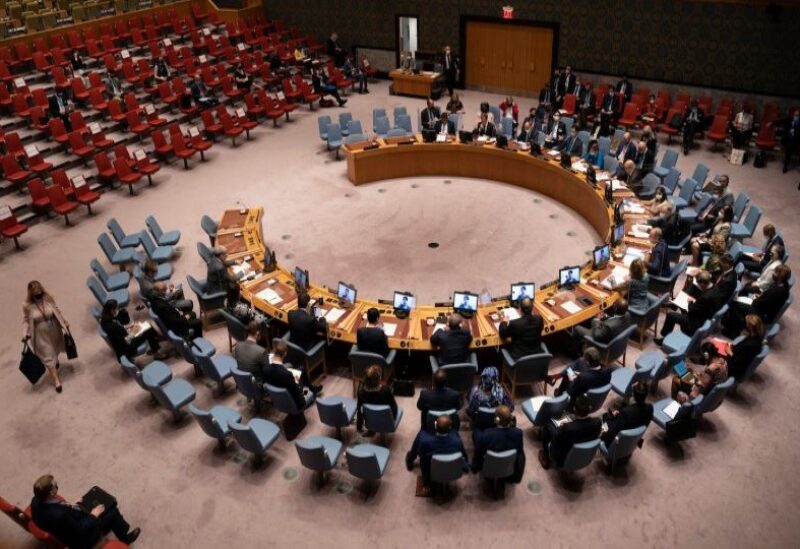 Ukraine’s ambassador to UN rejected Moscow’s claims that they were retaliation for Ukrainian military activity, denouncing Russia over missile strikes this week against several cities in his country

Instead, he said, they were part of a preplanned military operation that coincided with a recent change of Russian military leadership and served as a propaganda tool.

In an exclusive interview, Sergiy Kyslytsya told Arab News that Ukraine is determined to defeat Russia and liberate all of its territories that Moscow has annexed or occupied. He said a Ukrainian victory over the Russian forces is “imminent,” with the help of Western allies, and that his country is in talks with the US and others to acquire air-defense systems capable of countering Russian air assaults.

The recent strikes expose internal conflicts within the Russian military and the country’s political leadership over the war, he added.

Kyslytsya said he is not counting on any efforts by moderate forces within the Russian establishment to end the war because “the entire Russian society is sick after two decades of building up a dictatorial society.” From a Ukrainian perspective, he added, there is no difference between moderates and hardliners in Russia when it comes to the war against his country.

“Russia is an enemy of Ukraine” he said.

On Sunday, Russia launched a barrage of long-range missiles and drone strikes against several Ukrainian cities, including the capital, Kyiv, targeting key infrastructure targets. The Russian government described the assault as retaliation for the Ukrainian attack on Saturday that blew up a section of a strategically important bridge connecting Crimea with the Russian mainland.

Russian President Vladimir Putin said during a televised address that the military had launched a “massive strike” on Ukraine’s “energy, military command and communications facilities.” He said it was retaliation for “terrorist” activities, including the attack on the bridge.

Kyslytsya told Arab News that according to international law, Crimea is temporarily occupied Ukrainian territory and therefore his country has the right to undertake military operations there in self-defense.

He drew parallels between the Russian regime and Nazi Germany and said that the country needs to change its political system and embrace democracy in the way Germans did after the Second World War.

When Putin launched the invasion of Ukraine in February, he described it as a “special military operation” designed to rid its neighbor of “Nazi” elements and install a pro-Russian government.

Kyslytsya said the current mobilization of Russian troops taking place in Belarus is a sign that Moscow is not being honest about wanting a peaceful, diplomatic solution to the conflict.

“I don’t see any particular sign of any sincere Russian intentions to move in the direction of peaceful settlement of the conflict,” he said.

Ukraine still aspires to join NATO and the EU, he added, but Russia has no legitimate reasons to fear either Ukraine or NATO.

The envoy said he hopes that Arab and Muslim peoples in the Middle East support his country in its fight. He pointed out that more than 2.5 million Muslims lived in Ukraine before the war began, representing at least five percent of the population.

“Crimea’s native population are Muslim Tatars and I regret that Muslims around the world don’t support their Muslim brothers in Crimea,” Kyslytsya said.

Because of its large Muslim population, he said Ukraine has applied for observer status at the Organization of Islamic Cooperation. His country supports a two-state solution to the conflict between the Israelis and Palestinians, he added.

Arab News contacted the Russian embassy in Washington for a response to the Ukrainian ambassador’s comments but did not immediately receive a reply.