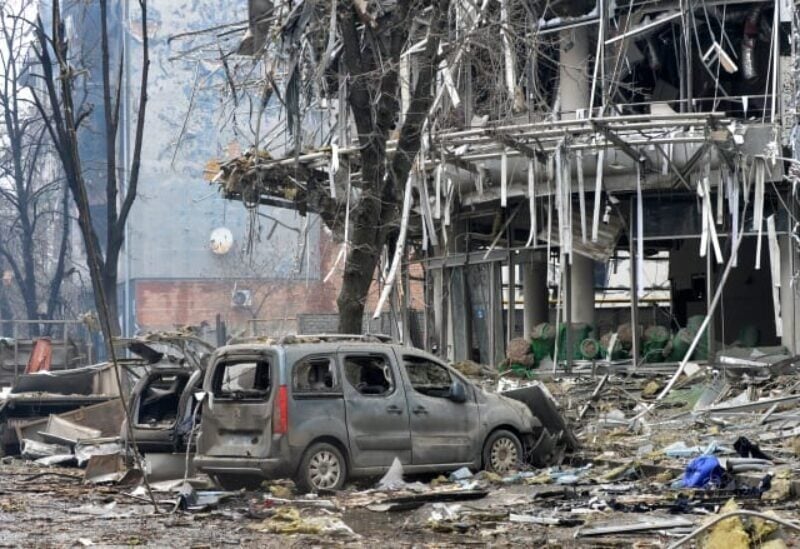 In the Novokodatsky neighborhood, three missiles struck an apartment building, a migration office, and a council administration building, setting fire to the factory.

The regional military administration’s public affairs officer, Valentin Yermolenko, stated there were no military facilities in the area and that one person, a security guard, was murdered.

The attack is being investigated by the district prosecutor for alleged violations of the laws of war.

The first explosion occurred shortly before 6:00 a.m. (0400 GMT), and the second occurred around 6:10 a.m., according to residents living near the shoe factory. The third strike was a little further out.

As snow fell and temperatures plummeted below zero, local residents and shop owners worked to clean broken glass and board up open frames on Friday.

“There was a huge explosion, and the windows shattered and pieces of the ceiling began to fall.” “We hurried out to hide in the metro when there was a second one, but the entrance had already been broken,” said Svetlana Kalenecheko, who lives and works adjacent to the shoe factory.

“Today, we were scheduled to welcome guests who require a great deal of assistance. We work with HIV and AIDS patients. We can no longer assist anyone.”
A adjacent kindergarten’s windows had also been blasted out.

In a video address, Mayor Boris Filativ stated that the situation is under control and that there are no Russian troops in the city.

Since Russia invaded Ukraine on February 24, Dnipro has been considered a safe haven, with little strikes.

As a result, it has become a focal point for humanitarian aid coordination and for individuals fleeing the country’s eastern conflict.

Air raid sirens repeatedly sounded as firemen battled the flames in the morning, prompting them to seek shelter in a nearby metro station.

Several generations of a family from besieged Volnovakha, a city near to the front line with Russian-backed rebels, said they had come to Dnipro for protection last week, sheltering in the subway.

They are terrified to leave the underground station after hearing about the attacks this morning, and they have no idea what they will do now because they have no money.