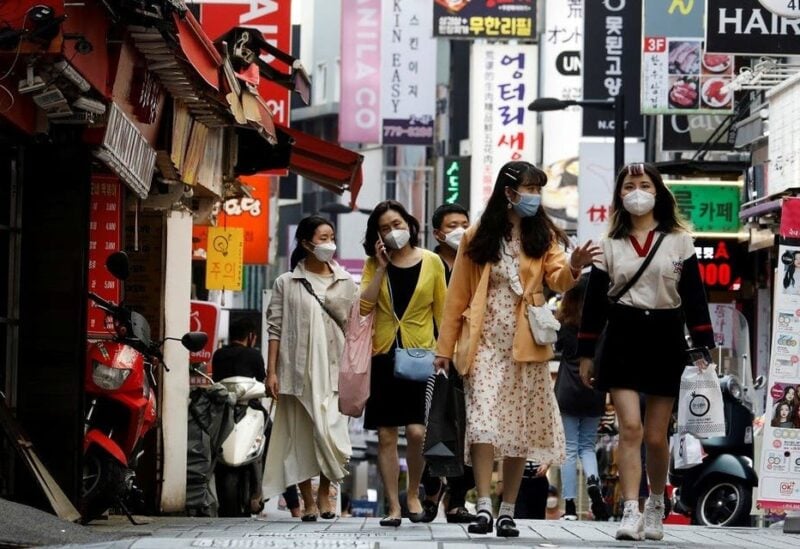 South Korea on Thursday reported its highest ever one-day rise in new COVID-19 cases, as officials consider imposing a semi-lockdown in the capital Seoul, the epicenter of the country’s recent rise in infections.

The 1,275 cases in the 24 hours to midnight on Wednesday, reported by the Korea Disease Control and Prevention Agency (KDCA), exceeds the number of daily cases reported at the peak of the country’s third wave in December.

Around 80 percent of the 1,275 locally transmitted cases were recorded in the greater Seoul area, comprising the capital, Gyeonggi Province and Incheon city, KDCA data showed.

Health authorities said Seoul would meet the criteria for imposing Level 4 social distancing measures with a three-day streak of new case numbers above 389, the daily average from July 1-8.

Given the city recorded 545 new cases on Wednesday and 577 on Tuesday, that requirement could be reached with Thursday’s numbers, which will be announced on Friday.

Under Level 4 restrictions, people are advised to stay home as much as possible, schools are closed, public meetings are restricted to two people and rallies or other events are banned. Nightclubs and bars would be shut while restaurants and cafes would be allowed limited seating and only take-out services after 10pm.

Prime Minister Kim Boo-kyum said the government would monitor the situation throughout the week and discuss potentially imposing higher restrictions in Seoul and other regions at a coronavirus response meeting on Sunday.

Authorities said on Wednesday the virus was spreading rapidly, especially among unvaccinated people in their 20s and 30s, while a growing number of highly contagious Delta variant cases raised new worries.

Just 10 percent of the country’s population of 52 million people have been fully vaccinated, while 30 percent have received at least one shot, the majority of them aged over 60.