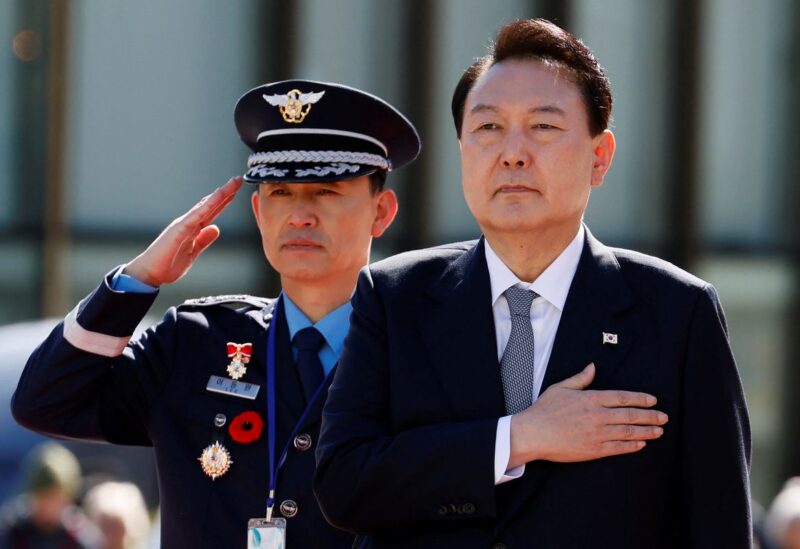 South Korean President Yoon Suk-yeol said on Monday that “untrue” media stories about his words had threatened to damage relations with the US after he was caught cursing on a hot mic during a visit to New York last week.

Yoon’s first major abroad tour, which included stops in the United Kingdom and Canada, was marred by a series of gaffes and incidents, sending his ratings plummeting and drawing stinging condemnation from MPs even within his own party.

In the highest profile controversy, Yoon was caught cursing on a hot mic as he left an event in New York on Wednesday after a brief chat with U.S. President Joe Biden.

Opposition lawmakers accused Yoon of insulting Biden and disgracing South Korea as local media initially reported Yoon was saying Biden would be embarrassed if the U.S. Congress did not pass a bill relating to funding of a global initiative.

“What an embarrassment … if these bastards refuse to approve it in parliament,” Yoon told Foreign Minister Park Jin in a video aired by South Korean broadcasters, which went viral on social media.

His press secretary, Kim Eun-hye, dismissed the allegations, saying Yoon was referring to the South Korean parliament without mentioning Biden.

“Well, rather than a controversy, I will say this: Except for one or two or three superpowers in the world, no country can fully protect the lives and safety of its people with its own capabilities,” Yoon told reporters when asked about the hot mic incident on Monday.

“I’d like to say that damaging the alliance with reports that are different from the facts puts the people at great risk,” he added, calling for efforts to establish facts.

The main opposition Democratic Party has been urging Yoon to apologise for the controversy and sack his national security advisor, his deputy and the foreign minister.

The opposition floor leader said it would propose a resolution for their dismissal to parliament if Yoon does not take action on Monday.