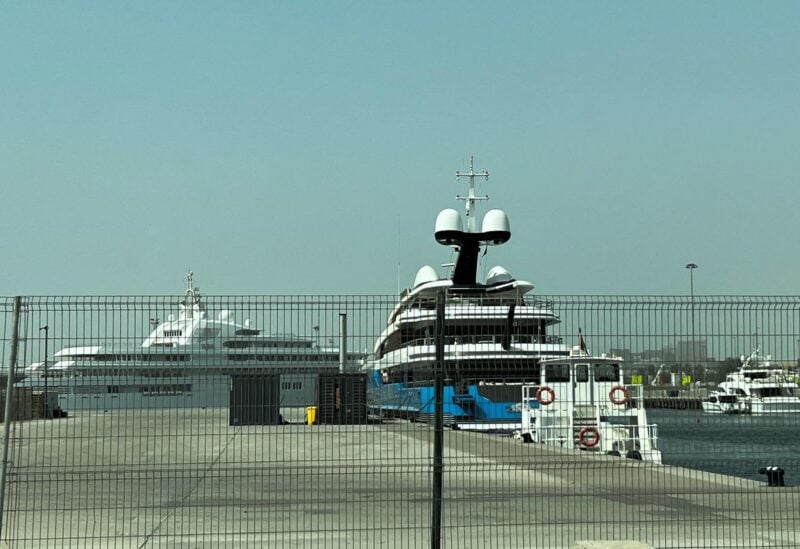 In Dubai, where Russians have sheltered cash since the invasion of Ukraine, an opulent superyacht owned by a sanctioned Russian billionaire MP with six cabins, an elevator, and a helicopter pad is docked.

At Port Rashid, where Dubai’s Ruler Sheikh Mohammed bin Rashid Al Maktoum keeps his own yacht, both Andrei Skoch’s blue and white “Madame Gu” and his yacht are visible to onlookers.

Dubai has emerged as a refuge for Russian wealth as Western sanctions target President Vladimir Putin’s allies. The United Arab Emirates, seeking to maintain what it says is a neutral position on the war, has not imposed sanctions.

That has frustrated many Western diplomats who privately say the UAE position is untenable and siding with Moscow.

On Wednesday, U.S. Assistant Secretary of State for Near Eastern Affairs Barbara Leaf was asked during a U.S. House Foreign Affairs Subcommittee hearing about reports of Putin-linked oligarchs and businessmen sheltering assets in the UAE.

“I’m not happy at all with the record at this point and I plan to make this a priority to drive to a better alignment, shall we say, of effort,” she said.

Skoch, 56, was sanctioned this year by the West, including the European Union, over Russia’s invasion of Ukraine. The United States had sanctioned the State Duma member in 2018.

The Madame Gu superyacht has been anchored in the Dubai port since March 6, according to Refinitiv data, and arrived in the UAE last November, several months before Ukraine was invaded.

UAE officials and the U.S. and British embassies in Abu Dhabi did not immediately respond to questions on the vessel. Neither did a representative for the EU mission in the UAE.

Britain’s trade secretary Anne-Marie Trevelyan, speaking during an interview with Reuters in the UAE on Thursday, urged more nations to punish Russia.

Asked if there were concerns about Russians evading sanctions through the UAE, Trevelyan said imposing sanctions is a sovereign decision, without addressing whether there was unease.

A Boeing 787 Dreamliner owned by sanctioned oligarch Roman Abramovich arrived in Dubai in March, according to the U.S. Commerce Department. A U.S. court has ordered its seizure.