Sanctions should not block aid from civilians in need: UAE envoy 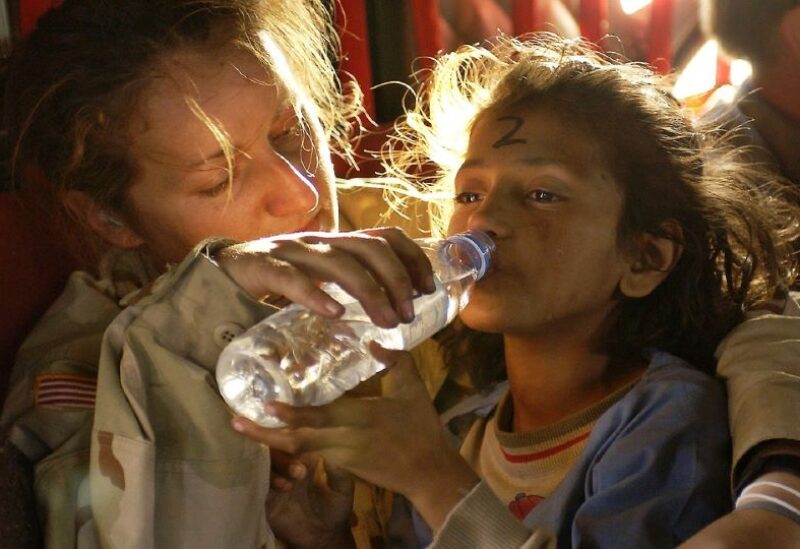 The UAE stated on Monday that sanctions continue to be a vital weapon under the UN Charter in sustaining international peace, but that penalties should prevent negative humanitarian or economical repercussions as well as unintended consequences.

Sanctions “should not impede the operations of humanitarian groups or (prevent) life-saving assistance from reaching people in need,” said Emirati Deputy Permanent Representative to the United Nations Mohamed Abushahab.

He emphasized the need of minimizing any potential unintended repercussions of penalties in establishing a sanction system.

“The council’s obligation to address the humanitarian imperative does not end with the design of sanctions,” said Abushahab.

“The council should respond to concerns as they occur and work to resolve them.”

“This would benefit everyone — the civilian populations of afflicted nations, humanitarians and private-sector players working in that setting, but also the member states obligated to impose sanctions.”

Abushahab’s statements occurred during a Security Council meeting called by Russia, which is the council’s president this month.

The flagship Russian event aims to provide council members with an opportunity to discuss a variety of UN sanctions-related problems.

Russia acknowledged the Security Council’s shift from imposing comprehensive sanctions to targeted sanctions in order to mitigate their unintended effects on civilian populations in its concept note for the meeting, but warned that a careful humanitarian assessment was often overlooked when designing sanction regimes.

According to Russia, the Security Council could consider suspending sanctions during emergency situations “to avoid further humanitarian and socioeconomic pressures on sanctioned nations.”

Rosemary DiCarlo, the UN Secretary-Under-Secretary-General General’s for Political and Peacebuilding Affairs, reminded the council that sanctions were “not an end in themselves” and should be used in conjunction with “direct political dialogue, mediation, peacekeeping, and special political missions.”

“At the moment, there are 14 council sanctions regimes,” DiCarlo explained. “They favor the settlement of conflicts in Libya, Mali, South Sudan, and Yemen.”

“They limit the DPRK’s proliferation efforts and the terrorist danger presented by (Daesh), Al-Qaeda, and its affiliates.”

Linda Thomas-Greenfield, the United States’ Permanent Representative to the United Nations, stated that the Security Council should continue to employ sanctions “to enhance the lives of people in war zones, protect civilians, and encourage peaceful resolution of disputes.”

She did, however, express disappointment that “some (Security) Council members have vetoed key designations of peace process spoilers, high-profile terrorists, human rights violators, and sanctions evaders.”