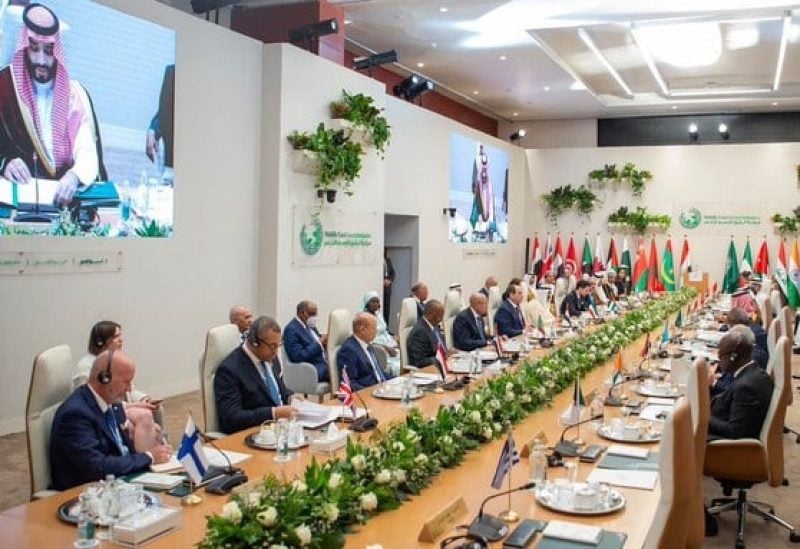 Crown Prince Mohammed bin Salman announced that the PIF is also targeting zero neutrality by 2050, making it the first-ever sovereign fund worldwide and in the Middle East to take this step. (Supplied)

Saudi Arabia is driving its climate change commitments by stepping up environmental protection and energy transition programs such as the Saudi Green Initiative and the Middle East Green Initiative, according to a statement.

The Kingdom intends to implement a circular carbon economy model, invest more in green transitions, strengthen cooperation and knowledge transfer efforts, and activate public-private partnerships. The first package of ongoing initiatives as part of the Saudi Green Initiative includes investments in the green economy worth more than SR700 billion ($186 billion).

Last month, the Public Investment Fund also completed its first-ever green bond issuance at a value of $3 billion, auctioning 1.4 million tons of carbon on the first day of the Future Investment Initiative conference held in Riyadh.

Additionally, the sovereign fund aims to elevate its assets to over $1 trillion by 2025 and invest more than $10 billion by 2026 in qualified green projects, including renewable energy, clean transportation and sustainable water management.

Moreover, on Nov. 7, Crown Prince Mohammed bin Salman announced that the PIF is also targeting zero neutrality by 2050, making it the first-ever sovereign fund worldwide and in the Middle East to take this step.

Saudi Arabia announced its commitment to allocating as much as $2.5 billion over the next 10 years to support related projects and governance activities.

In partnership with other member nations, the Kingdom is planning to establish a regional center specialized in carbon capture, storage and usage.

Moreover, Saudi Arabia has also announced the launch of a regional initiative to develop clean fuel solutions for cooking which could benefit more than 750 million individuals worldwide.

Another initiative that was also motioned looks at creating a regional investment fund mainly dedicated to financing technology solutions for the planned circular carbon economy.

Together, the total value of both initiatives is an estimated SR39 billion, 15 percent of which will be financed by the Kingdom.