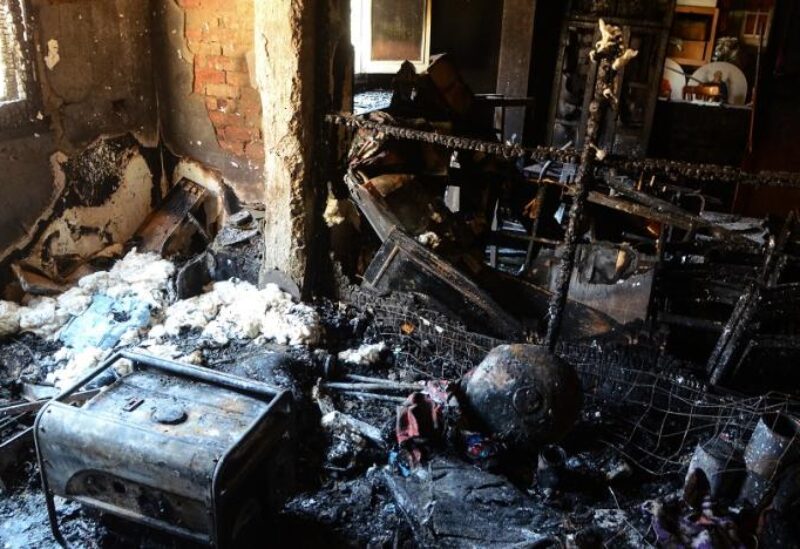 Saudi Arabia offered it condolences to Egypt on Sunday over the victims of the Coptic church blaze.

The Foreign Ministry offered its deepest condolences to the Egyptian people and government.

It wished the injured a speedy recovery and wished Egypt constant security and safety.

A fire ripped through a packed Coptic Orthodox church during morning services in Egypt’s capital on Sunday, quickly filling it with thick black smoke and killing 41 worshippers, including at least 15 children.

Sixteen people were injured, including four policemen involved in the rescue effort.

The cause of the blaze at the church in the working-class neighborhood of Imbaba was not immediately known. An initial investigation pointed to an electrical short-circuit, according to a police statement.

The country’s health minister blamed the smoke and a stampede as people attempted to flee the fire for causing the fatalities. It was one of the worst fire tragedies in Egypt in recent years.

The Interior Ministry said it received a report of the fire at 9 a.m. local time, and first responders found that the blaze had broken out in an air conditioner on the building’s second floor.

The ministry, which oversees police and firefighters, blamed an electrical short-circuit for the fire, which produced huge amounts of smoke.

Meanwhile, the country’s chief prosecutor, Hamada el-Sawy, ordered an investigation and a team of prosecutors were dispatched to the church. He said most victims died of smoke inhalation.

By Sunday afternoon, emergency services said they managed to put out the blaze and the prime minister and other senior government officials arrived to inspect the site. Premier Mustafa Madbouly said surviving victims and families of the dead would receive payments as compensation and that the government would rebuild the church.