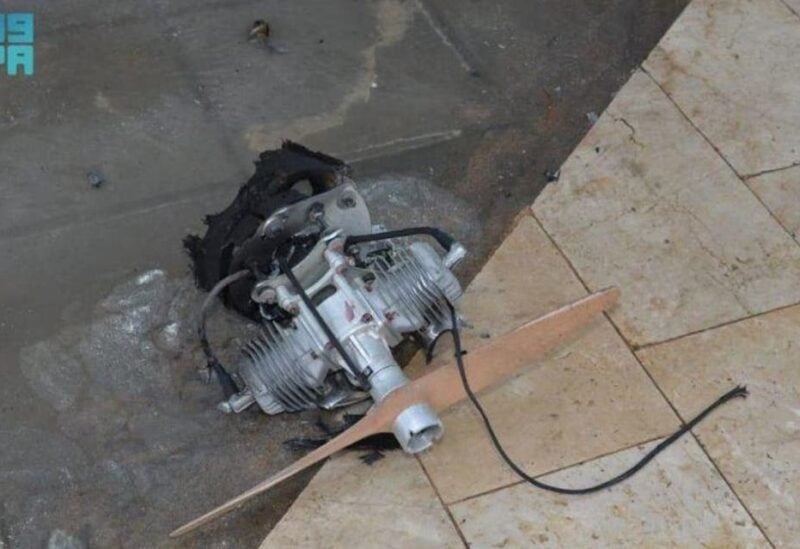 The remnants of the destroyed Houthi drone that was launched towards Abha airport. (File photo: SPA)

The Arab Coalition said Saudi Arabian forces destroyed a drone launched by Yemen’s Iran-backed Houthis that was headed for Khamis Mushait on Tuesday, according to the official Saudi Press Agency (SPA).

The Coalition stated that it is taking measures to protect citizens and civilians in the area in accordance with international humanitarian law.

On Monday, the Arab Coalition also destroyed two booby-trapped boats belonging to the Iran-backed Houthis near the coastal area of As-Salif, according to a TV report. In statements, the Coalition said that the Houthi militia continued to threaten the military and commercial naval trade routes in the Bab al-Mandab Strait and the southern part of the Red Sea.